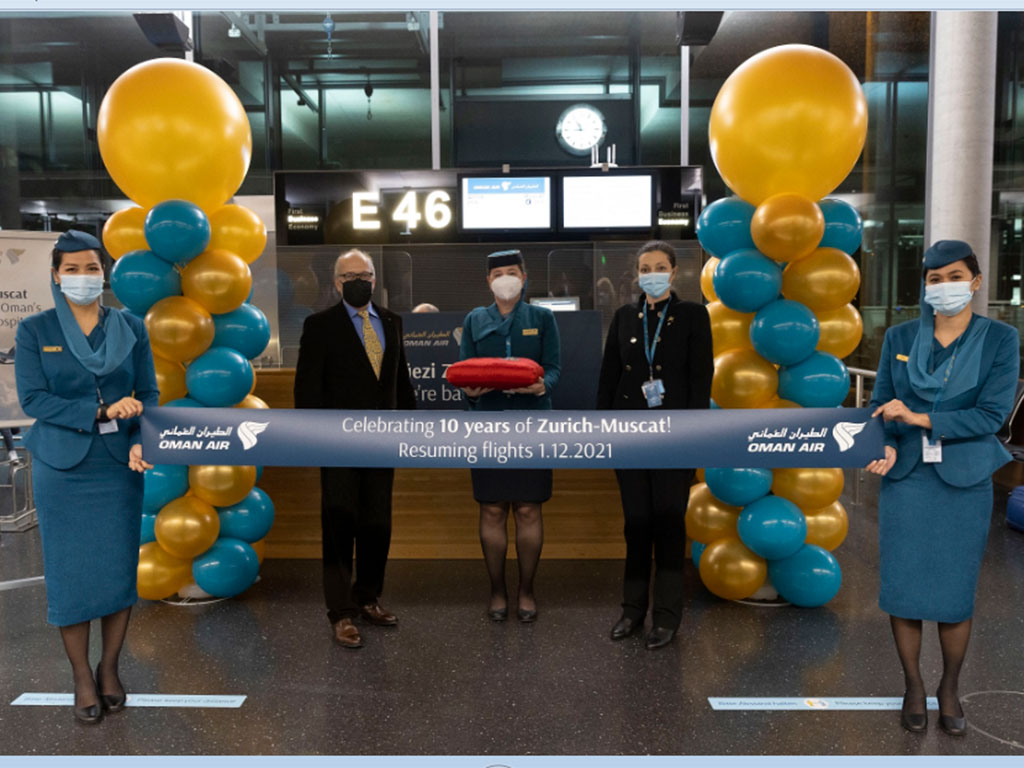 Oman Air, the national airline of the Sultanate, has resumed its Muscat-Zurich-Muscat route on December 1, marking the airline’s 10th anniversary flying to Zurich (ZRH) from its base in Muscat (MCT).

The route was paused temporarily due to the unprecedented pandemic and subsequent downturn in global aviation and travel. Due to strong demand for the route, however, and with the reassurance of its 5-Star Covid-19 Airline Safety Rating from Skytrax, Oman Air is once again delighted to welcome its valued guests on board.

In a scaled-down, socially distanced ceremony held at Zurich Airport, Lina Samman, Oman Air Country Manager for Switzerland, accompanied by several Zurich Airport officials, spoke to passengers, local press, and airline partners ahead of the departure of flight WY 154 from Zurich to Muscat.

“This evening’s flight from Zurich to Muscat not only resumes scheduled passenger service, but also marks ten years of exceptional service, connecting travellers to the Sultanate of Oman’s natural beauty, its cultural richness, and the genuine kindness and openness of its people,” said Samman. – TradeArabia News Service