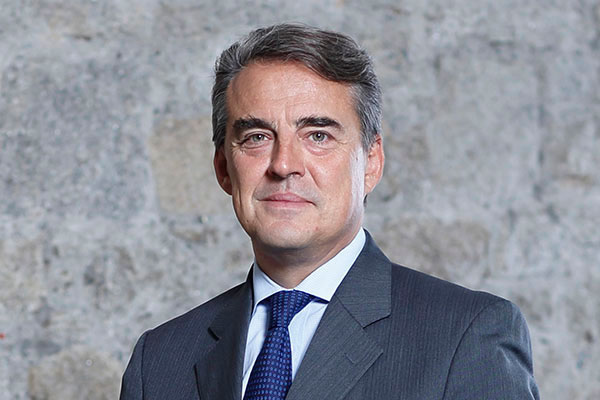 IATA is proposing systematic testing of international travellers which would permit the lifting of border restrictions and provide an alternative to current quarantine rules.

Quarantines essentially kill demand for air travel and governments need to immediately consider the drastic socio-economic effect this is having. International air travel continues to be down 90% on 2019 levels. Current estimates are that as many as 46 million jobs supported by air travel could be lost and that the economic activity sustained by aviation will be reduced by $1.8 trillion.

“People want and need global mobility. The International Civil Aviation Organization (ICAO) Take-off measures make flying safe. But border closures, movement restrictions and quarantine measures make travel impossible for most. We must manage how we live with the virus. But that does not have to mean destroying aviation, risking millions of jobs, crippling economies and tearing apart the international social fabric. We could safely open borders today with systematic COVID-19 testing,” said Alexandre de Juniac, IATA’s Director General and CEO.

In its resolution the AGM also:

The AGM also reinforced the vital role of air transport in facilitating the global response to the pandemic, including the timely distribution of medicines, testing kits, protective equipment and eventually vaccines around the world.

The AGM also unanimously approved a resolution re-confirming the airlines’ unwavering commitment to safely and sustainably re-connect the planet.

The resolution called on governments to:

•    Ensure the industry’s viability with continued financial and regulatory support,
•    Aid the industry in reaching its 2050 goal of cutting emissions to half of 2005 levels while exploring pathways to net zero carbon emissions through economic stimulus investments in commercializing Sustainable Aviation Fuel (SAF),
•    Work with airlines to ensure safety standards and critical skills are maintained both during the crisis and in the subsequent re-start and scale-up of operations.

“Covid-19 has devastated the balance sheets of our member airlines and we need continuing government support to enable the aviation industry to restart and rebuild connectivity. Without the economic benefits that aviation delivers, the global economic recovery will be much weaker and slower,” said de Juniac.

The need for financial support is critical. Governments have already provided $173 billion to airlines, but many programs are running out as the Covid-19 crisis continues far longer than was anticipated.

“The $173 billion in financial support has saved countless jobs and averted mass bankruptcies. This was an investment in recovery—not just for airlines but for the economy as a whole. Every aviation job supports 29 others. A full global recovery from this crisis will be significantly compromised without the economic catalyst of aviation,” said de Juniac.

During the crisis, airlines have cut costs nearly in half but revenues have plummeted even faster. Airlines are expected to lose $118.5 billion in 2020 and a further $38.7 billion in 2021, turning cash positive only at the end of 2021.

“More support will be needed to see the industry through. And it must come in forms that do not further increase debt which has already ballooned from $430 billion in 2019 to $651 billion in 2020,” said de Juniac.

Airlines reconfirmed their commitment to reduce net CO2 emissions to half of 2005 levels by 2050.

“Meeting our goal of cutting our net emissions to half 2005 levels will be a challenge, but we know it can be done. And we have growing confidence that the industry can find a pathway to net zero emissions,” said de Juniac.

Aviation will need the support of governments to make the energy transition to SAF that is needed to meet its climate change target. Compared with fossil fuels, SAF can reduce life-cycle carbon emissions by up to 80%.

“Aviation will rely on liquid fuels to power operations out to 2050, especially for the long-haul fleet. SAF is the viable, decarbonization option. Putting economic stimulus funds behind the development of a large-scale, competitive SAF market would be a triple win—creating jobs, fighting climate change and sustainably connecting the world,” said de Juniac.

Government support should aim to eliminate a major cost gap that results in SAF being up to four times more costly that traditional jet kerosene. This has limited its use to about 0.1% of total fuel uplift.

The resolution also urged governments to avoid taxes and charges which are inefficient policy instruments to promote sustainability. “Taxes are not the way forward in mitigating climate change. All too often funds raised from environmental taxes are not used directly to fight climate change. Clearly, the best way forward is for governments to help build up a viable SAF industry,” said de Juniac.

The IATA membership also reiterated its commitment to safety. In the crisis this is evidenced in the comprehensive Take-off guidance published by the International Civil Aviation Organization (ICAO) with the support of IATA and other industry stakeholders.  This lays the foundation for the harmonized implementation of a multi-layered approach to keeping travellers and crew safe. While 86% of people currently travelling report that they feel safe with the new measures, there is still work to be done for universal implementation.

The resolution further called on governments to work with airlines to maintain safety standards and critical skill levels during the crisis and in a safe re-start and scale-up of operations in the recovery.

“We must plan carefully with regulators how to safely ramp-up operations in the eventual recovery. Reactivating thousands of grounded aircraft, managing the qualifications and readiness of millions of licensed personnel and dealing with a major drain of experienced workers will be key to a safe re-start. From the earliest stages of the crisis we worked with ICAO and regulators on a framework to do this. And this work continues as the crisis drags on beyond expectations,” said de Juniac. – TradeArabia News Service