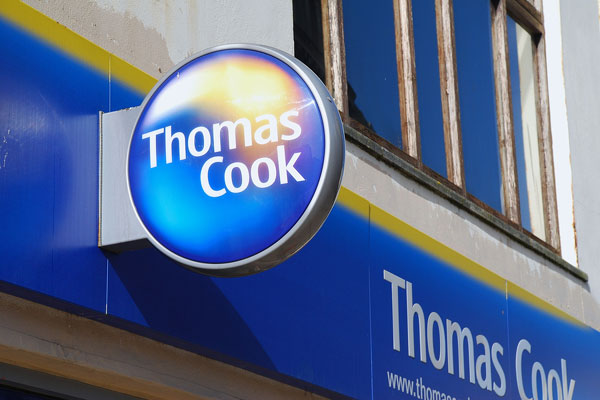 With the company forced to enter compulsory liquidation, hundreds of thousands of holidaymakers have been left stranded, said media reports.

The company in a tweet said it has "ceased trading with immediate effect" and stated that "all bookings, including flights and holidays. have now been cancelled".

“This marks a deeply sad day for the company which pioneered package holidays and made travel possible for millions of people around the world,” media reports cited the company’s chief executive, Peter Fankhauser, as saying.

“I would like to apologize to our millions of customers, and thousands of employees,” reports said, citing a statement.

The demise of Thomas Cook not only marks the end of one of Britain’s oldest companies, it has also left 22,000 employees around the world without a job, including 9,000 in the UK, reported BBC.

Around 16,000 holidaymakers were booked to come back on Monday. Authorities hope to get at least 14,000 of them home on chartered flights, it stated.

The government has chartered 45 jets to bring customers home and they will fly 64 routes on Monday, in an undertaking dubbed Operation Matterhorn. The size of the fleet will make it temporarily the UK's fifth-largest airline.

Operators including easyJet and Virgin have supplied some aircraft, with jets coming from as far afield as Malaysia.