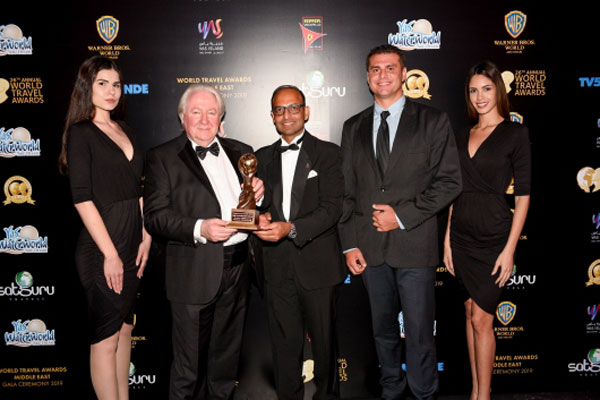 The elite of the regional travel industry gathered for the World Travel Awards (WTA) Middle East Gala Ceremony 2019 at the new Warner Bros. World Abu Dhabi to find out who amongst them had been crowned the finest in the region.

Graham Cooke, founder, WTA, said: “What an incredible evening it has been here in the magnificent emirate of Abu Dhabi. We have had the privilege of recognising the Middle East's leading hotels, destinations, airlines and travel providers and my congratulations to each of them.”

The red-carpet evening formed the second leg of the WTA Grand Tour 2019 – a global search for the finest travel and tourism brands in the world.

Mark Gsellman, vice president of Theme Parks, Farah Experiences, said: “It’s a real honour to have not one, not two, but all three of our Yas Island theme parks recognised by what is undoubtedly the travel industry’s most prestigious awards body. At our parks, Ferrari World Abu Dhabi, Yas Waterworld and Warner Bros. World Abu Dhabi, we aim to deliver nothing less than a world-class guest experience for our visitors who hail from across the globe. Determined by members of the public, the results of this year’s World Travel Awards are proof that our efforts have not been in vain, and only further fuels our drive to continue bringing our guests some of the region’s most immersive, thrilling and unique entertainment attractions.”