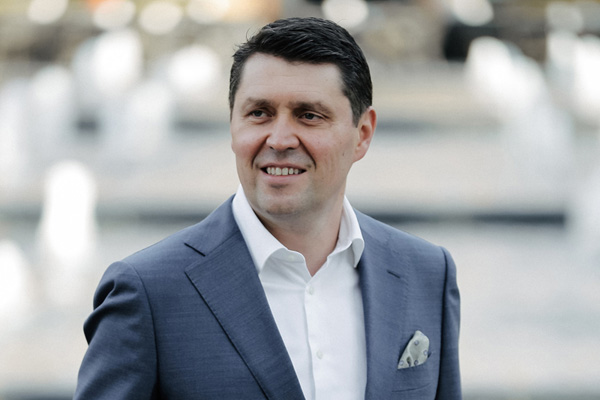 Krooswijk’s arrival at the garden oasis is well-timed, with many projects planned in 2020 to carry on with the vision of Four Seasons Resort Marrakech in offering the ultimate resort experience in Morocco.

“I am excited to begin this new chapter of my Four Seasons career and to be part of the amazing team in Marrakech. Four Seasons Resort Marrakech is going to have an exciting year with a lot of projects ahead, and I am honoured to be a part of the team and a part of this important milestone. Our continued success as an iconic destination in Morocco is in creating lasting memories for both our guests and employees,” Krooswijk said.

Prior to joining the team in Marrakech, Krooswijk was the hotel manager at Four Seasons Hotel Amman, Jordan since January 2018. His career with Four Seasons started in 2001 in New York at The Pierre Hotel (formerly a Four Seasons hotel) in food and beverage, followed by four years with the former Four Seasons team in Dublin, Ireland.

He left the company in 2006 to experience other opportunities in the hospitality industry. “It was good to see how the competition operates but I knew this was the company I wanted to work for.” He returned to Four Seasons in 2012 at Beverly Wilshire, A Four Seasons Hotel as director of food and beverage and was subsequently promoted to hotel manager and transferred to Toronto in the spring of 2015.

Commenting on his appointment, Krooswijk said: “From as early as I can remember, I have wanted to follow my father’s footsteps in the hospitality industry. The world is a shared place, and throughout the many different cities and hotels I have grown-up and worked in, it is the people that share their passion (and stories) that make the stay of our guests unforgettable. I am delighted to make Marrakech my home and continue to create exceptional experiences built on the legendary hospitality of this city appreciated by travellers from around the world.” - TradeArabia News Service