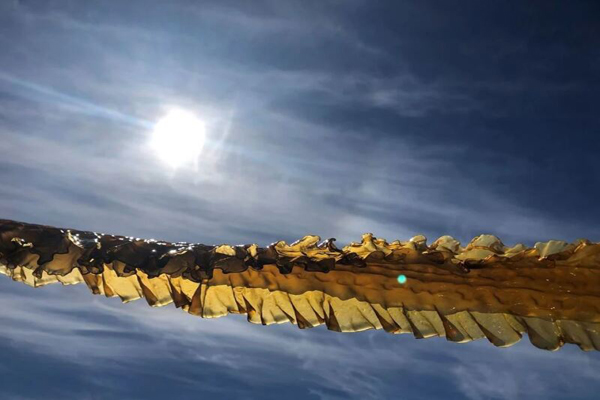 An experiment underway off the coast of Norway will help decide whether seaweed is the next big technology breakthrough for carbon capture and storage (CCS).

The concept is simple: Use offshore seaweed farms to capture CO2 without taking up more valuable space on land. The growing process relies on nutrients found in the sea and photosynthesis enabled by sunlight.

What will not come as cheap is the technology and infrastructure needed to leverage aquaculture into a meaningful contribution to global CCS capacity.

The job of showing that may be possible has been given to a joint industry project (JIP) called Seaweed Carbon Solutions. Its singular focus is to find ways to make seaweed cultivation work at scale and ultimately compete with established industrial-sized CCS technologies.

Other key funders include Norway's risk management firm DNV and applied research group SINTEF which are leading the $3-million pilot that will continue until the end of 2024.

If the pilot is successful, Oslo-based DNV said that commercial-scale seaweed production could begin offshore central Norway as soon as 2025 from one or more floating farms. It that the ultimate aim would be to capture millions of metric tons per annum (mtpa) of CO2 with the seaweed.

It was also suggested at a recent SPE conference by a SINTEF researcher that offshore oil and gas companies may someday consider co-locating seaweed farms with existing or soon-to-be decommissioned production platforms as a new way to offset emissions. -OGN