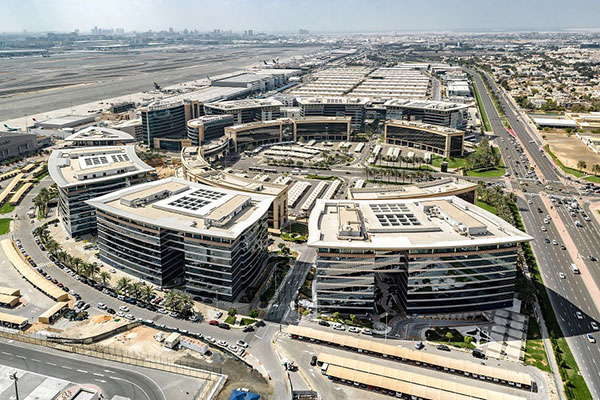 Dubai Airport Freezone Authority (Dafza) has recorded a 54% increase in general exports during the first quarter (Q1) of the year, witnessing a large trade surplus with goods from various industries amounting to AED3.1 billion ($844 million).

Machinery and electrical equipment industry ranked first in imports, with 8.4% growth, at a value of AED9.9 billion. This was followed by the pearls, semi-precious stones and metals sector, which accounted for 34.5% of total imports, at a value of AED5.8 billion. Both sectors represent 93% of Dafza's total trade throughout the first quarter of the year.

Dafza also achieved growth in sales rates, with an increase of 9% in comparison to the same period last year. This comes as part of Dafza's commitment to driving revenue and profit on a semi-annual basis, regardless of economic and commercial challenges. The total leased area within the free zone also witnessed a growth of 2.10% in comparison to the same period in the previous year and 7.79% with regards to companies expanding their spaces.

The free zone witnessed a 19% increase in the number of registered companies compared to 2019, which confirms Dafza's reputation as a haven for companies looking for a safe environment that supports them to grow and help them achieve their strategic goals at both the operational and financial levels.

The number of small and medium-sized companies recorded a remarkable growth of about 23% compared to the results of last year. SME's benefit from many packages and incentives the free zone provides, as well as the technical and advisory support that it offers through various stages, starting from the establishment to growth and development. The office packages witnessed a significant increase represented by 39% growth in the number of companies during the first half of the year compared to 2019. This increase highlights the benefits of the packages available, as well as the advantages, high flexibility, and financial efficiency that is provided to companies or entrepreneurs.

Sheikh Ahmed bin Saeed Al Maktoum, Chairman of Dafza, said: "These results highlight Dafza's strategic agility and ability to adapt to secure long-term returns on investment. The free zone's capability to control the impact of the current pandemic has led Dafza to sustain growth and flow of foreign direct investment during the recession and economic recovery stage, which has led to mixed results around the world.

“The operating system at Dafza has the highest degree of effectiveness, efficiency, and flexibility needed to support and protect the investment environment and the business community of the free zone and its companies. Dafza provides various investment and operational incentives as well as technical support, which helps the free zone to continue to establish its presence and strengthens its position as a leading free zone.”

Dr Mohammed Al Zarooni, Director General of Dafza, said: "The results achieved by Dafza confirm the continued success of the free zone in attracting businesses and foreign investments to Dubai, further establishing the free zone as a driver of business growth and a vital player in Dubai's economy. During the first half of the year, Dafza achieved 92% of its sales targets and has played a critical role in stimulating economic activity in the country.

“Situated with direct access to one of the world's busiest international airports, the free zones' strategic location has enabled it to attract companies to the office complexes at Dafza, which saw a 28% increase in rental rates.” – TradeArabia News Service