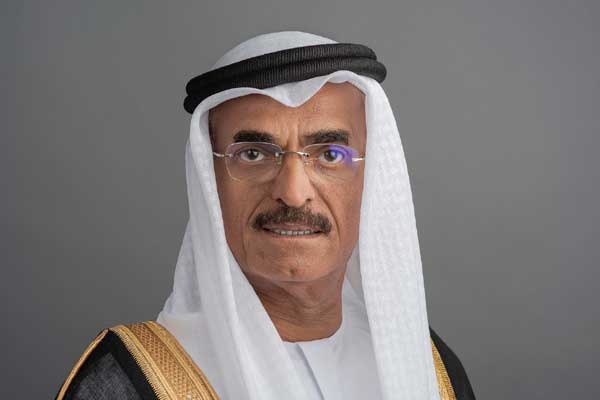 The UAE has successfully managed to maintain a leading position in the world's thriving maritime segment, and has revealed completion of its preparations for re-nomination as a Category B member of the International Maritime Organization (IMO) Council for the 2020-2021 term.

Over the years, the country has been able to leverage its key strengths and capabilities to earn its place as one of the best countries in the world.

Elections for membership will be held on November 29, in London, UK.

The UAE, which operates 20 leading ports that are also part of the world's top 10 ports, also leads in terms of having the greatest number of container ship fleets--delivering at least 15 million containers per year.

It is also ranked fifth globally for the number of international shipments passing through its ports. Its state-of-the-art infrastructure and ports have helped attain the 11th place at the Logistics Performance Index of 2018, in terms of the quality of infrastructure supporting logistic activities.

The UAE also gained the fifth ranking in international shipments.

The UAE hosts a multitude of international maritime events such as the UAE Maritime Week, Dubai Maritime Summit and Abu Dhabi Summit of Global Marine and Maritime Leaders.

It has world-class ports like Khalifa Port in Abu Dhabi, which is strategically located to serve over 4.5 billion consumers in four time zones and ideal to support the UAE`s move to be a major contributor to the Belt and Road Initiative (BRI); Jebel Ali Port, which is the world's ninth-largest container port in Dubai, and Fujairah Port.

Dubai Ports operate 78 inland and marine terminals in 46 countries. Its current capacity of 79.6 TEUS is expected to increase to more than 100 million containers by 2020 to support increasing global demand.

Hosting Expo 2020 in Dubai will have a positive impact in significantly boosting the country's maritime activities as it is expected to welcome around 25 million visitors, with over 200 countries participating. In line with this, the UAE has also expressed its keenness in being able to review and tackle important maritime topics through this hosting.

Dr Abdullah Belhaif Al Nuaimi, Ministry of Infrastructure Development chairman of the Federal Transport Authority – Land & Maritime, explained that the UAE is largely investing in developing its maritime sector. This has earned the country a leading position in the international maritime arena and has become one of the major players in the global maritime sector.

He highlighted that the UAE holds many qualifications in the maritime sector, including ports; operation, maintenance, and building of ships; dry docks; finance and insurance, confirming its eligibility once again secure Category B membership in the IMO Council.

Al Nuaimi said: “The UAE considers the maritime sector as one of the important contributors to its economic diversification process. To encourage investment, we remain committed in issuing maritime laws and legislations providing incentives to those keen to explore business in the sector.”

“The country has approved a new law allowing for 100 per cent foreign ownership of maritime companies. We look forward to winning a seat in the IMO Council as we are set to continue our role in strengthening the international maritime sector and drive the growth of global maritime trade. We are confident that winning membership will open new horizons and help sustain the development of the international maritime system,” he added. – TradeArabia News Service