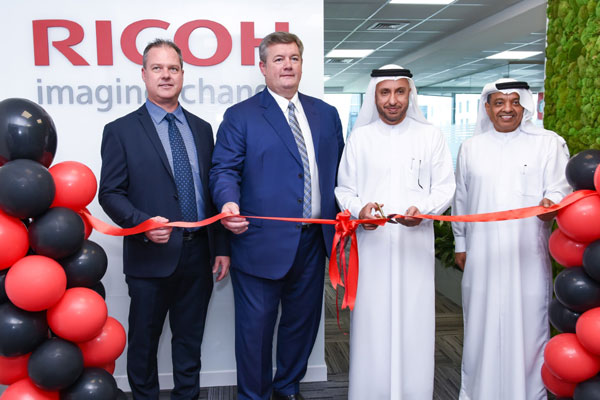 It operates in nearly 200 countries around the world, and in the financial year ending March 2019, the company reported worldwide sales of $18.1 billion.

The company will now offer training and sales support to its business partners in the GCC region, Levant and North Africa from its new branch in Dubai, said the statement.

In 2017, Ricoh Group announced its 3 years growth strategy ending 2020, supported by an investment of $1.85 billion in two areas – commercial and industrial printing, and office services.

Ricoh Middle East will spearhead the group's presence in the region, which is part of the group's increased focus on emerging markets and major international growth areas, said a senior official.

"Today, we are celebrating our new office in the DSOA Technology Park. Being in the Middle East is very important to us," remarked Henning Rudbech, the Ricoh CEO of Emerging Markets Group.

"It not only brings us into greater proximity with some of our most important customers, but also helps us to demonstrate our commitment to bringing the best of the company's products and innovations to the region. Additional it allowed us to better understand regional trends and requirements," he stated.

Speaking at the opening, Dr. Al Zarooni said: "We have worked relentlessly on the launch of Silicon Park, Dubai's first integrated smart city project. Today, we are proud to witness its completion and the opening of the first company establishment within its premises."

"Ricoh Group's decision to launch its new office in Dubai speaks volumes of the company's keen interest in capitalizing on the potential of the region, as well as of its trust in the emirate," he added.-TradeArabia News Service