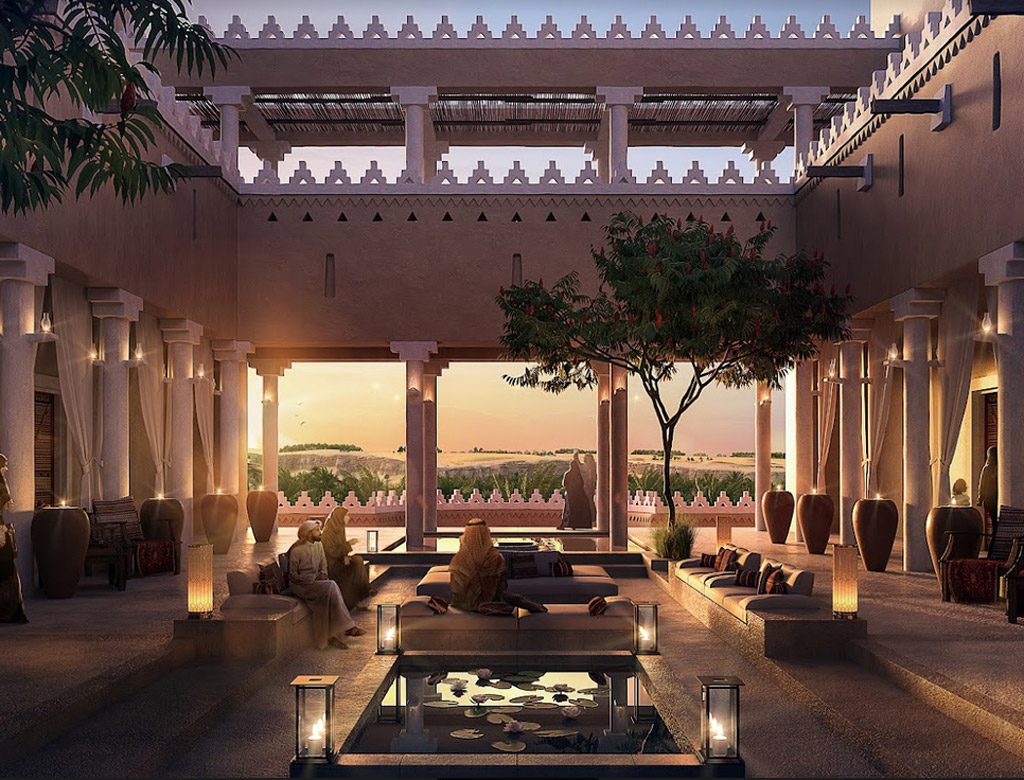 Langham Hospitality Group has entered into a new management agreement for The Langham in Diriyah, located 15 minutes from downtown Riyadh in Saudi Arabia with the Diriyah Gate Development Authority (DGDA).

The Langham, Diriyah, opening in 2026, will be an integral part of the development which is set to protect, preserve, and pay tribute to the rich cultural heritage of Saudi Arabia. Diriyah, the birthplace of the Kingdom, aims to become the world’s largest cultural destination, in line with the Kingdom’s Vision 2030.

The Langham, Diriyah, Riyadh and the surrounding pedestrian-centric city, will become a modern tribute to the past, celebrating traditional Nadji Architecture and preserving the natural elements of Diriyah.

“For our first foray into the Kingdom, we’re delighted to be part of a vision where The Langham’s proud traditions in hospitality will become integral to a 21st century vision that positions Riyadh on the global stage as an authentic and unique destination.

“The year 2026 will be a momentous year in Langham Hospitality Group’s strategic growth plans as we officially open in two landmark locations with The Langham, Venice on the European continent and in the Middle East with The Langham, Diriyah,” he added.

Unrivalled Location
The Langham, Diriyah is located on Diriyah’s main boulevard, which will be home to the world’s leading luxury retailers. The enviable central location places guests close to many of the central landmarks and icons planned for Diriyah. It is also within five minutes’ drive of At-Turaif, a UNESCO World Heritage site and the Kingdom’s most important cultural landmark, and on the doorstep of the magnificent Wadi Safar with its eco-tourism experiences.

With 200 luxurious rooms and suites, The Langham, Diriyah will captivate the senses as it brings its legendary heritage and timeless traditions to life in Diriyah. Guests will be able to enjoy the intimate Langham Club Lounge and experience an art gallery experience thoughtfully curated throughout the hotel.

The Langham’s signature afternoon tea will also be offered as an homage to the first afternoon tea served in a grand hotel when The Langham opened in London in 1865. New tea traditions will be created, as  Middle Eastern tea and coffee culture are honoured, amidst fine patisserie and brunch fare.

Chuan Spa Debut
The Langham Chuan Spa, a holistic wellness concept which embraces the healing philosophies of Traditional Chinese Medicine (TCM), offers a rejuvenating retreat after a day of exploring Diriyah’s cultural landmarks and colourful souks. Guests will also be able to cool off and relax at the men’s or ladies’ pool decks. The Langham, Diriyah will be a premier destination for men's grooming. It will offer a comprehensive variety of services.

A World of Celebration
The stunning backdrop of Diriyah along the central boulevard sets the scene for the city’s most intimate and exclusive social events and weddings amid stunning terraces and event spaces with natural light.

Diriyah, affectionately known as Jewel of The Kingdom by its citizens, is located in the affluent north-western part of the city and is located just 25 minutes’ drive from King Khalid International Airport and 10 minutes from the city’s financial district.

Jerry Inzerillo, Group Chief Executive Officer, Diriyah Gate Development Authority (DGDA), said: “Diriyah, the birthplace of the Kingdom, is set to become Saudi Arabia’s foremost historical, cultural and lifestyle destination. As part of the Kingdom’s Vision 2030, We are very excited to bring the Langham Brand to Diriyah in collaboration with Langham Hospitality Group. The Langham group claims a rich history dating back to 1865 and we look forward to working with them to bring Diriyah’s rich heritage to life for our visitors and helping them build great memories together.”

The 300-year-old site of Diriyah is located within Riyadh province, just 15 minutes north-west of downtown Riyadh. It is recognised as the symbolic centre of inspiration for the generations of leaders that have led the Kingdom since the foundation of the First Saudi State in 1727. The acclaimed Diriyah project, which is a part of the Saudi Vision 2030, will pay ode to Saudi Arabia’s rich history, while catering to leisure and business travellers from across the globe. – TradeArabia News Service