Global economic power to shift to E7 states by 2030: report 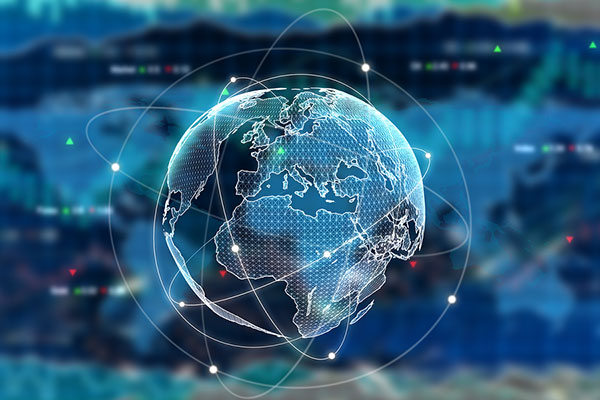 The world will witness a long-term economic power shift by 2030 as the emergence of strong E7 countries (China, Russia, India, Brazil, Mexico, Indonesia, and Turkey) challenges the dominance of G7 states (the US, Canada, France, the UK, Germany, Italy and Japan), a report said.

The report titled ‘The World in 2030: Trends, Transitions, Challenges and Opportunities’ released by the Arab Strategy Forum in partnership with Future World Foundation at the 12th Arab Strategy Forum (ASF 2019) in Dubai, makes bold predictions about the world’s future geopolitical and economic status quo over the coming decade.

It also suggests that the International Monetary Fund (IMF), the World Bank Group and the World Trade Organization (WTO) will come under considerable pressure from new trade organisations over the next decade.

The 2030 global trends report explores eight key trends that will impact future societies, governments and economic power in the years ahead. Its themes are a core focus at ASF 2019, which is convening former heads of state, ministers and economic thought leaders, including former US Vice President Dick Cheney and former Lebanese Prime Minister Fouad Siniora to discuss the state of the world.

The long-term shift in the world’s economic centre of gravity is the most prominent trend according to the report. The rapid and sustainable economic growth of China since 1979 as well as the rise of India since 2000 and of the economies of Southeast Asia between 1980 and 1998 has been instrumental in driving a shift in economic power away from G7 states. China is currently the world’s largest economy in terms of purchasing power parity (PPP), and if current trends continue, it could supersede the US on the basis of real exchange rates within 10 years, the report indicates.

Trend: US on the retreat

The report claims that US presence and clout on the international stage will decline over the next decade, suggesting that the country’s national security strategy is set to determine its most important interests. The report predicts that the shrinking role of the US could give Russia an opportunity to consolidate its control over most of the sovereign countries, excluding the Baltic states that emerged from the collapse of the Soviet Union after 1991.

According to the report, Russia continues to gain strength as it builds military capabilities in command, control, communications, cyberware, computers and intelligence.

The report says the existing international system and its core institutions – the United Nations (UN), the International Monetary Fund (IMF), the World Bank Group and the World Trade Organization(WTO) – will be under pressure over the next decade. Despite the need for collective multilateral measures to address common threats, from climate change to crime and terrorism, unilateralism is on the rise, while the multipolar world is becoming even more polarised. With very few of the issues referred to the UN finding lasting resolutions, its relevance and capacity to drive change is in question.

On a regional level, key GCC states will actively get involved with neighbouring countries and world powers with regional interests, to settle disputes and develop a flexible regional structure that opens doors for economic cooperation without the worry of interference in internal affairs. This could bypass the principles of long-established international systems.

The legitimacy of the rules-based world order remains contested, and the opposition is likely to be from countries that are not strong or able enough to impose a certain order by force. The pillars of the global security architecture were established after the Second World War to contain the Soviet Union, and gaps have become known over time in the region between the Mediterranean and Central Asia, in the neighbouring countries of Russia and in the maritime region surrounding China. Without reaching agreement on regional security arrangements in these areas, backed by real opportunities to deepen economic cooperation, tensions will continue to turn into conflicts.

Global tensions will be heightened by a continued uncertainty about the intentions and actions of major powers in every region of the world. Meanwhile, local geopolitical tensions, aggravated by sectarian affiliations, will affect China’s Belt and Road initiative.

The report forecasts that the Al Quds Force, a unit in Iran's Revolutionary Guards (IRGC) mandated to carry out unconventional warfare and intelligence operations abroad, will continue to shake the stability of the region through cyberattacks.

On the economic front, robots have already made a difference, as have 3D printing, driverless electric vehicles, new energy sources and compound materials. Flexible companies are leveraging opportunities to optimise performance and harness available technology. Increased computing efficiency and algorithms make societies deflated due to successive shifts in labour demand.

The report predicts that China and the US will compete across the entire technological landscape, posing challenges to internet protocol governance, standards for mobile communications platforms – 5G and possibly 6G, autonomous weapons and bioengineering.

In the Middle East, the UAE, Saudi Arabia, Qatar, Iran and Egypt possess the technical capabilities and financial resources necessary for competitive participation in this scientific and technological revolution. The ability to provide robotics-based manufacturing and service platforms will become one of the foundations of global economic success.

The report predicts the outbreak of further protests and riots around the world, and while individual circumstances vary, a sense of unfair deprivation, or a relatively disadvantaged demographic within populations, is common to all. This is mostly due to government policies that have resulted in concessions to a limited number of people at the expense of many. Various social forces have already emerged to mobilise the anger of citizens, some of which aim to improve social and economic conditions, while others include extremists who seek to destroy existing institutions.

Regional implications of this trend include widespread inequality in income, wealth and opportunities across the region, and the presence of very few governments with sufficient know-how to implement a transformation of national education systems to equip their citizens with the skills necessary to achieve progress and prosperity in the next decade.

Further, the report adds that the youth will be cut off from education and employment opportunities, which will dishearten them, leading to a spilling-over of their frustrations on the streets. Such outbreaks will result in challenging civil unrests, such as those witnessed in Algeria and Iraq.

In a complex and interconnected world, governments seem unsure of the policies needed to achieve their goals, the report finds. After many members of today’s young generation have mobilised multiple sources of information, solutions and financing on various digital platforms, they have become frustrated with slow political decision-making. Social networking campaigns based on mass street protests are changing the parameters of politics, with governments and the political class resisting change, while the number of protesters on the streets increases.

In a bid to defend their privileges and meet the needs of their citizens, governments have adopted simple narratives, such as ‘Make America Great Again’ and ‘Get Brexit Done’, however, in a highly interconnected world, unilateral policies cannot achieve positive results.

With governments’ inability to address citizens’ demands, cross-border sectarian parties have an opportunity to step-in and hijack patriotic revolutions. Syria, Iraq, and Lebanon are susceptible to such moves due to strong sectarian affiliations of their people.

The report notes that the world's population is expected to increase to 8.5 billion in 2030, of which 5.1 billion will inhabit urban environments. With higher disposable income, consumption levels will increase, and the amount of waste generated will naturally follow suit.

Tensions between the world's growing population in urban areas and a decrease in groundwater, marine life, biodiversity and healthy environments are not sustainable. Climate change will threaten the survival of mankind, the report warns. – TradeArabia News Service