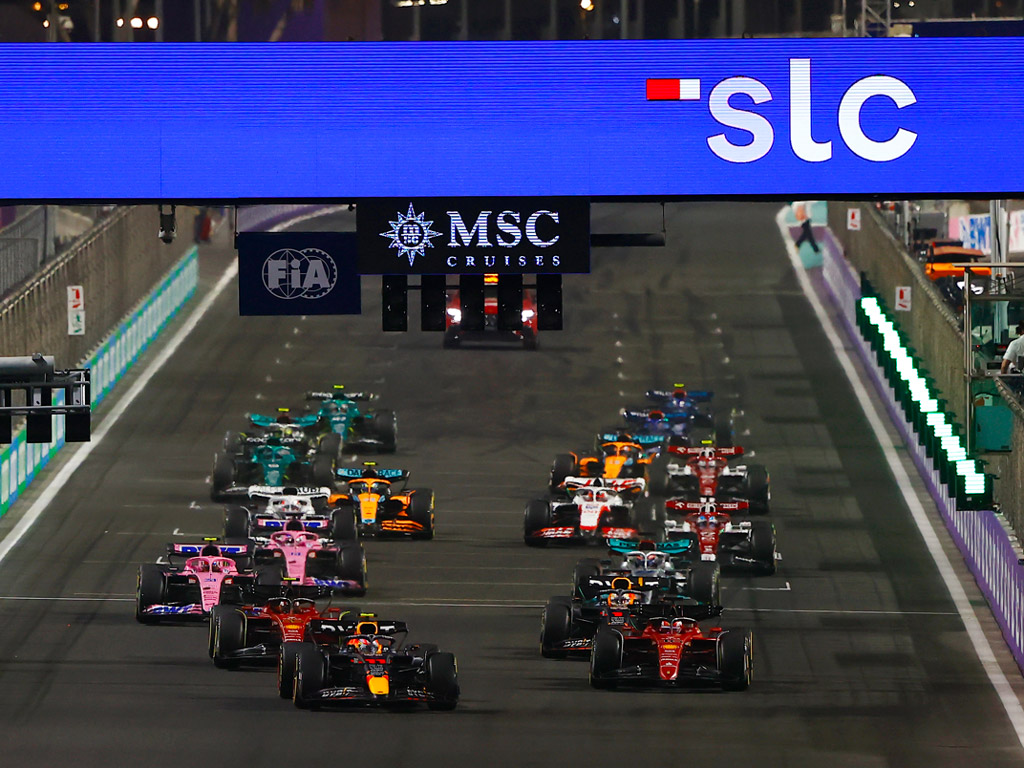 The Saudi Motorsport Company (SMC) said that the Formula 1 STC Saudi Arabian Grand Prix will be returning to Jeddah, home of the world’s fastest street circuit, on the March 17-19, 2023.

Fans will once more be able to sit in the Grandstands along the Red Sea Coast and watch their favourite drivers take on the thrilling Jeddah Corniche Circuit - the fastest and longest street circuit in the world - as they go wheel to wheel at average speeds of up to 252km/h.

Saudi Arabia is one of the newest venues on the Formula 1 calendar, having hosted its debut race in December 2021 and its second race just 4 months later in March 2022. Both editions proved to be two of the most exciting races in recent memory, providing some of the most iconic and breath-taking moments of on-track action of their respective seasons.

In 2021, Red Bull’s Max Verstappen battled it out with 7-time World Champion, Lewis Hamilton, during a high-speed, action-fuelled race that ended with the Mercedes driver clinching a hard- fought victory that left both title contenders level on points ahead of the season finale. In 2022, Ferrari’s Charles Leclerc and Verstappen had everyone on the edge of their seats in a nail-biting race to the finish line that saw the Monegasque driver concede the race win to the World Champion with just three laps to go.

If previous years are anything to go by, the 2023 party won’t stop on the racetrack as the F1 weekend in Jeddah has previously hosted some of the world’s biggest music acts to keep the adrenaline flowing long after the last engine has died down. Chart topping sensation Justin Bieber, R&B legend Jason Derulo and superstar DJ David Guetta performed to sell-out crowds in 2021, whilst 2022 saw the likes of global super group Black Eyed Peas and Chris Brown entertain the fans on the circuit’s Main Stage after the racing action had ended.

HRH Prince Khalid Bin Sultan Al Abdullah Al-Faisal, Chairman of the Saudi Automobile and Motorcycle Federation and the Saudi Motorsport Company, said: “The presence of major motorsport events such as Formula 1 in Saudi Arabia is an integral part of the Vision 2030 initiative set out to improve the lives of all Saudi citizens. Not only does it provide a weekend full of entertainment for fans it also offers employment opportunities and previously unavailable work experience to our young men and women who are such an integral part of our event delivery team.

“We will be offering fans a full 3-day programme of activity both on and off track that will appeal to sport and entertainment seekers alike. Our message therefore is clear: come to Jeddah next March not only to witness a spectacular race on F1’s fastest street circuit but also to discover all that this beautiful country has to offer. I look forward to welcoming F1 teams, drivers, and fans to Jeddah once more in 2023!”