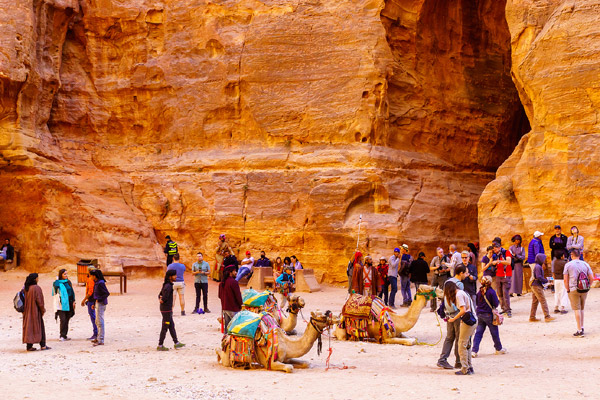 According to a monthly report by the Ministry of Tourism and Antiquities, the total number of overnight tourists increased by 206.7 percent during the same period.

Overnight visitors from Europe increased by 526.4 percent, followed by the Arab Gulf with 404.8 percent and the Americas with 307.3 percent.

Jordan's tourism income increased by 242.7 percent in the first half of 2022, reaching USD2.196 billion, according to data released by the Central Bank of Jordan.