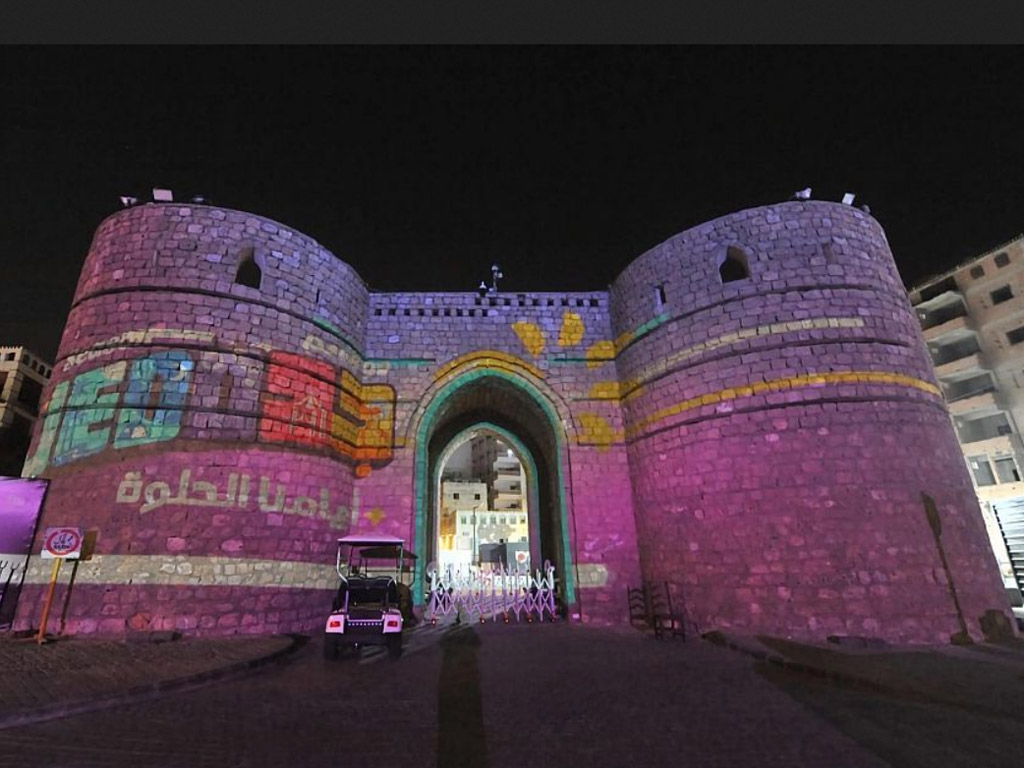 The ongoing Jeddah Season, a citywide art, culture and entertainment festival, distinguished by the diversity of options and catering to all desires and tastes, is continuing to attract many visitors and tourists from outside Saudi Arabia.

The events take place in several zones in the city of Jeddah, which is known for its magnificent view of the Red Sea coast and a remarkable turnout of visitors, who purchased all of the tickets for many of the daily activities.

Jeddah Pier, which contains the largest mobile gaming city on the Red Sea coast, provides a new destination of amusement and entertainment for families and their children with over 39 fun and recreational games suitable for all ages.

Various activities are also taking place in the City Walk zone, some of which are performed for the first time in the region. In addition to several activities and programs that have drawn thousands of people in the previous few days. Moreover, the City Walk zone has attracted manga stars and international anime fans and lovers to the world's first anime village.

In the Jeddah Superdome, devoted to exhibition halls, the season has witnessed the establishment of the Summer Games Festival, which has offered its visitors games that are being played for the first time amid a carnival atmosphere of joy and excitement for young children.

The "Historic Jeddah" zone, located in the city centre, has also attracted hundreds of tourists and foreign visitors who have been fascinated by the nobility of the place and the fragrant heritage and were happy to see the cultural and civilizational diversity that characterizes the region.

Tourists have also found the "Jeddah Yacht Club" zone, one of the zones of the Jeddah Season, a distinguished destination for lovers of the sea, the experiences of international restaurants, and the luxurious marine atmosphere. Furthermore, the exciting "Cirque du Soleil" shows have attracted an increasing number of visitors to Jeddah and circus enthusiasts, which present daily a group of exciting shows performed by international exhibitors from several countries.

Jeddah Jungle attracts many lovers of nature, jungles, wild animals, and birds where they find themselves among more than 1,000 species of animals, some of them are more than 150 years old, and about 200 species of rare birds. Visitors to the Jeddah Jungle zone can also explore the jungle, go on safari trips, and participate in a variety of other fascinating experiences.

In the "Prince Majid Park," visitors to Jeddah find themselves in the midst of an international bazaar and a carnival of delight. The park, which is the largest of its kind in Jeddah, has turned into a meeting place for global cultures, with events held every weekend that embody the cultures of countries and their ancient civilizations, transporting visitors on a distinguished and memorable journey and a unique experience for these countries.

Meanwhile, visitors and tourists to Jeddah are fascinated by the "Jeddah Art Promenade" zone, which overlooks the waterfront and features a variety of activities, daily shows, and luxury restaurants.

The Jeddah Season event zones are adorned every day with fireworks displays, service integration, and accuracy of organization, in addition to the diversity of events and universality of many programs, fairs, plays, and concerts offered throughout the season.