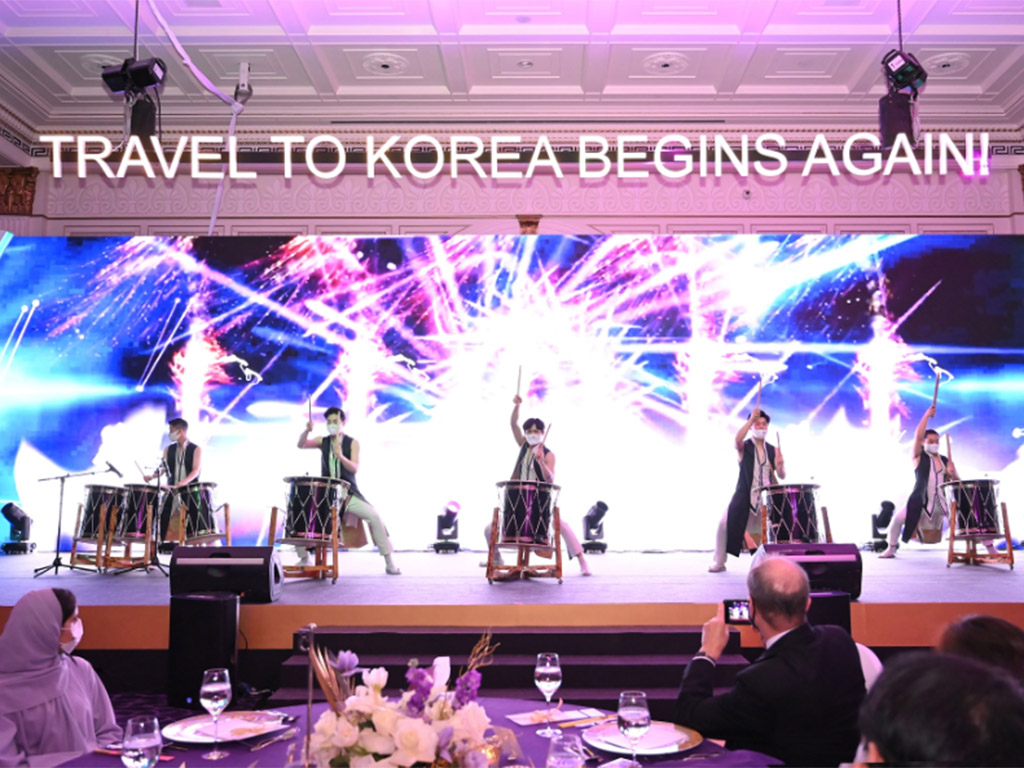 The Korea Tourism promotional booth in Korea Pavilion at Expo 2020 Dubai accumulated 530,000 visitors over the past three months as the country further boosts its tourism with Hallyu influence.

The event witnessed over 200 participation including vice president of Dubai Economy and Tourism (DET), Hoor Al Khaja, furthermore, 27 major Korean corporates and government entities, 15 UAE based media channels, and 47 of leading DMCs in the region to meet, network and deepen the ties between the two countries for a brighter future and growth in the tourism industry.

During the show, KTO assigned a total of 30 K-Club members and social media influencers as K-travel ambassador, “Hwarang”, a historical notion of elite youth in Korea. The new Hwarang’s mission is to show their love and support to various Korean aspects like tourism, K-pop, K-food, K-beauty and Korean events through offline and online mediums.

“Korea Travel Night was a series of events planned alongside EXPO to offer and acknowledge our support to the UAE travel industry, fan clubs, followers and several other enthusiasts following Korea,” commented Hyunsun Hong, Regional Director of KTO Dubai office in UAE.

Since founding a branch office in Dubai in 2004, KTO has strived to market Korea as a must-see destination for Middle Eastern travellers. By organising road shows, FAM trips for travel agencies, media, and influencers, hosting medical conventions, travel fairs and participating in major consumers’ exhibitions and events, KTO aspires to establish interactive relationships with the travel trade industry and potential tourists in the region.

South Korea has particularly made a strong progress in making the country even friendlier to Arab tourists. The Korean tourism authority has been dedicated to carefully implement guidelines in the aspects of Muslim-friendly restaurants around the nation and providing prayer rooms for Muslim tourists in major attractions, airports and shopping malls.