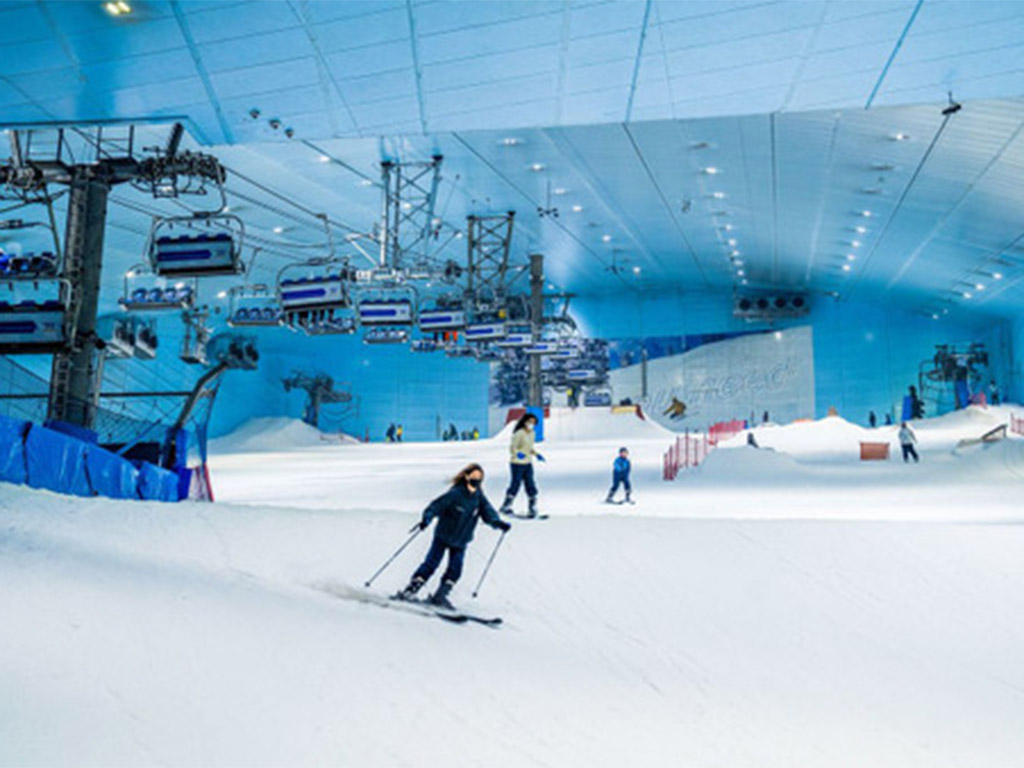 Majid Al Futtaim, a leading shopping mall and leisure pioneer, said that Ski Dubai, the first indoor ski resort in the Middle East, has garnered the distinction of the ‘World’s Best Indoor Ski Resort’ for a record-breaking six years in a row.

Ski Dubai was revealed as the winner at the prestigious World Ski Awards, which are the definitive benchmark of excellence in the ski hospitality industry. Ski Dubai was nominated amongst 10 internationally-recognised indoor ski resorts across Egypt, Germany, China, Spain, Scotland, New Zealand and Netherlands.

Over the last 15 years, Ski Resort has been enhancing the guest experience and features five ski slopes, a family-friendly snow park complete with a variety of fun activities and the hugely popular Penguin Encounter, which is home to a colony of King and Gentoo penguins.

Ski Dubai has also been fuelling huge growth in sporting tourism within the region and fostered a winter sports culture in the UAE, where more than 80,000 people are introduced to skiing and snowboarding each year.

The state-of-the-art facility has also established itself as a hub for international competitions, such as The World Cup and Para Snowboard World Cup, which attract both competitors and spectators from around the globe and contribute to the UAE’s tourism industry. In November, Ski Dubai hosted a series of races sanctioned by FIS, the global governing body for Olympic-eligible ski and snowboard competitions, which saw five athletes qualify for the Beijing Winter Olympics later this year.

Mohammad El Etri, Vice President, Global Snow, Majid Al Futtaim Leisure, Entertainment & Cinemas said,: “I am incredibly proud that Ski Dubai has won the ‘World’s Best Indoor Ski Resort’, particularly given the high calibre of ski resorts nominated including our sister brand, Ski Egypt. The World Ski Awards are the ultimate honours in global ski tourism and, the fact that they are voted for by the public, makes this award win even more special.

“We are a customer-obsessed brand, which has been key to our success along with our commitment to continuously evolve and innovate. Ski Dubai not only allows guests to experience snow in the heart of the desert but, it has also cemented its position as a globally-recognised sports facility, where athletes can realise their dreams of competing at the Winter Olympics.”.”

El Etri added: “At Majid Al Futtaim, our vision to create great moments for everyone everyday underpins all that we do and drives our quest for excellence. We are also aligned with Dubai’s ambitious vision to enhance the community’s happiness and quality of life as well as reinforcing the Emirate as a global destination for citizens, residents and tourists.”

Sion Rapson, Managing Director, World Ski Awards, said: “Congratulations to Ski Dubai, which has been recognised as the ‘World’s Best Indoor Ski Resort’ by both the industry and members of the public. The winners of the World Ski Awards represent the pinnacle of excellence and, to win six years in a row, is an incredible achievement. Ski Dubai embodies our values of inspiring innovation, local growth and prosperity and I look forward to seeing what it accomplishes in the next year, given its commitment to innovation and exceeding expectations.”

Majid Al Futtaim established Global Snow in 2017, which is the number one international brand for designing, consulting, managing and operating indoor snow entertainment facilities. Later this year, it will launch Snow Abu Dhabi and Snow Oman before expanding further to Saudi Arabia and China.

Launched in 2013, the World Ski Awards aim to enhance the standards within the ski industry and is the only global initiative to recognise, reward and celebrate excellence in ski tourism. Votes are cast by professionals working within the industry, including senior executives, travel buyers, tour operators, agents and media as well as ski tourism consumers. – TradeArabia News Service