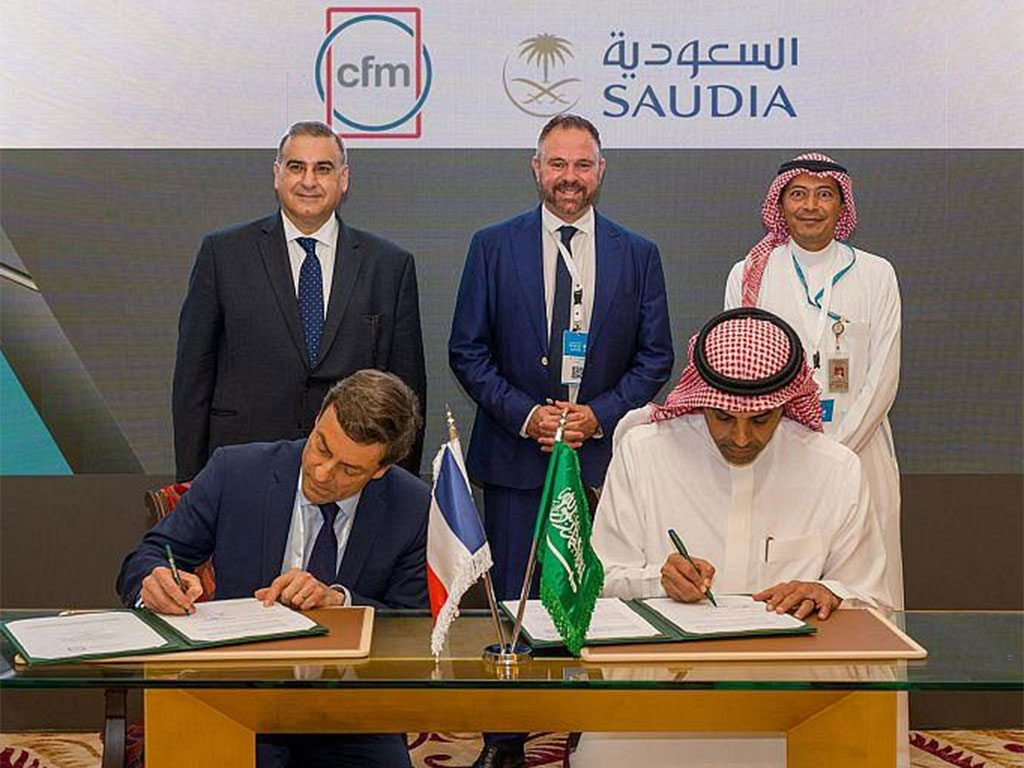 Under the terms of the agreement, CFM will also assist the Saudia Group subsidiary Saudia Aerospace Engineering Industries (SAEI) in developing its own engine overhaul services, including disassembly, inspection, assembly, testing, and qualification/certification for the LEAP-1A engines.

"We have been delighted with the reliability and the best-in-class support provided by CFM over the years," said Ibrahim Al-Omar, Director General of Saudi Arabian Airlines Group.

“We look forward to introducing further LEAP engines into our fleet and we believe that this engine will be a real asset in terms of efficiency and cost-effectiveness.”

"We are honoured by the trust placed by Saudi Arabian Airlines in selecting our products and support capabilities," said Philippe Couteaux, Executive Vice President of Sales and Marketing for CFM International. "CFM is committed to supporting Saudi Arabian Airlines and flyadeal and to add value into their operations.”