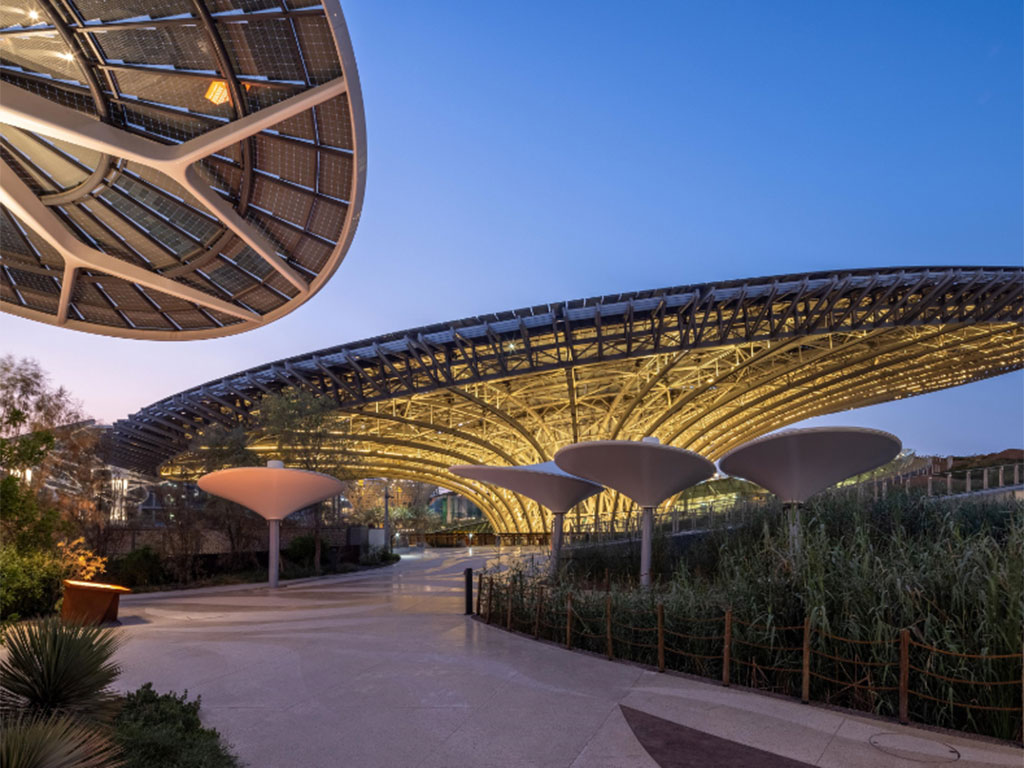 Expo 2020 Dubai is offering visitors the chance to experience the UAE’s Golden Jubilee celebrations in full glory, with free site-wide access on December 2.

People can use their existing tickets or turn up on the day to gain free entry, provided they follow the Covid-19 measures. Visitors ages 18 and above are required to present proof of any vaccination or a negative PCR test taken within the previous 72 hours.

A four-day slate of world-class events and immersive Emirati experiences will mark 50 years since the founding of the nation in show-stopping style with renewed optimism for the next half century.

Running from 1-4 December, the site-wide festivities– taking each and every visitor to Expo on a journey of authentic Emirati experiences and stories – will include world-class ceremonies, exceptional musical showcases, meaningful cross-cultural conversations, culturally-fused performances and engaging exhibits.

As announced by the UAE President, His Highness Sheikh Khalifa bin Zayed Al Nahyan, 2021 is known as ‘The Year of the 50th’. Commemorating 50 years since the founding of the UAE in 1971, it is a moment to reflect on the remarkable journey of its ‘Early Dreamers’ as the nation looks to the next 50 years with the same bold ambition.

Highlights at Expo 2020 include UAE National Day, celebrated every year to commemorate 2 December 1971 when the UAE declared independence as a sovereign nation following the efforts of UAE Founding Father, the late His Highness Sheikh Zayed bin Sultan Al Nahyan, to unite the emirates.

From 1015 GST on 2 December, visitors are invited to Expo 2020’s UAE National Day Ceremony at Al Wasl Plaza, including the raising of the flag, high-level speeches and anthem performances by a children’s choir, concluding with an Al Azi Performance by Al Wasmi. This will also feature alongside horses of the Dubai Police and the UAE Ministry of Interior Marching Band in the ‘Colours of the World Parade’ between 1245 and 1315 GST.

Simultaneously, a performance of ‘Al Azi’, where an Arabic poet leads a chorus that ‘answers’ his call, will take place at 1300GST at Al Wasl Plaza in a truly authentic celebration of pride in the traditional Arab values of unity, solidarity and courage. A gravity-defying aerial performance by Dubai Police will follow shortly after, alongside a 30-minute musical showcase by Emirati singer Fatma Zahrat Al Ain, and a jaw-dropping flyover display by the UAE Air Force aerobatics team ‘Al Fursan’.

Visitors are also invited to Expo’s Jubilee Stage and Dubai Millennium Amphitheatre (DMA) to watch a live broadcast of the UAE National Day Ceremony, broadcast from Hatta, from 1730 GST.

DMA will host ‘Journey of a Thread’, a live performance of Emirati craftsmanship that dives into the heart of Emirati culture, followed by a not-to-be-missed fireworks display at 2000 GST. The headline concert by Emirati singing star Eida Al Menhali at Jubilee Stage from2030 GST promises to be a rousing performance and includes Al Shallat – poetry without musical instruments.

The diamond in the crown of Expo 2020’s Programming will be Al Wasl Plaza’s immersive theatrical show, ‘Journey of the 50th’. Set to take place from 01-04 December, the show will push the boundaries of what is possible in Al Wasl Plaza, featuring a blend of human performance, theatrics and the unique capabilities of the venue in a never-before-seen way. Over 200 hundred performers including Participating Countries will take part of this theatrical show.

Amna Abulhoul, Executive Creative Director, Events and Entertainment, Expo 2020 Dubai, said: “In the spirit of Expo 2020 Dubai, the story of ‘Journey of the 50th’ embodies the meaning of the quote ‘We are not a country in a world - we are world in a country’ by His Highness Sheikh Mohammed bin Rashid Al Maktoum, Vice President, Prime Minister of the UAE and Ruler of Dubai.

“As the show unfolds, we will learn about the origins of the Emirati people, the people of this land, who follow the current of the sea, know the language of the stars and hear the wind as it speaks. Their true connection to the earth and how the values of our forefathers still continue to push us forward today.”

In addition, December 2021 at Expo 2020 is packed full with unmissable Emirati events, attractions, and performances in celebration of the UAE Golden Jubilee, from calligraphy to pearl diving, the Bedouin lifestyle to the Dubai story, abayas to camel milk cafés. – TradeArabia News Service