6th edition of BIAS to be held in November 2022 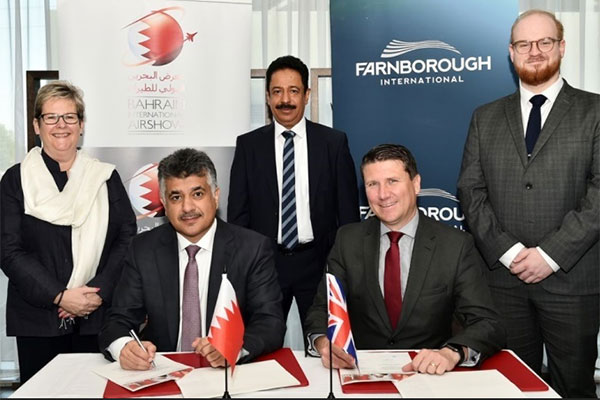 The sixth edition of the prestigious Bahrain International Airshow  (BIAS 2022) will be held on November 9-11, 2022, at the Al-Sakhir Air Base, under the patronage of His Majesty King Hamad, said a senior government official.

Shaikh Abdulla bin Hamad Al Khalifa, the King’s Personal Representative and Chairman of the Supreme Organising Committee of BIAS, was quoted in a Bahrain News Agency (BNA) report that the successes of the BIAS in the previous five editions reflect the forward-looking wise visions of His Majesty King Hamad bin Isa Al Khalifa, the first supporter of the event and its initiator.

Shaikh Abdulla stressed that over the past editions, BIAS had succeeded in attracting major world civil and military aviation companies, promoting Bahrain as the home of the aerospace industry shows, citing the wide media coverage of the event and the keenness of major companies to participate in it.

He indicated that the event will provide renewed opportunities in the field of the aviation industry, as it will turn into an attractive destination for investment in this vital sector, which represents 8% of the global output, provides jobs for more than 200 million workers and contributes an amount of $3.5 trillion to the global output.

He added that Bahrain looks forward to benefiting from this industry in creating a value-added work environment through the presence of these companies in this airshow.

Shaikh Abdulla bin Hamad expressed thanks and appreciation to the government, led by His Royal Highness Prince Salman bin Hamad Al Khalifa, the Crown Prince and Prime Minister, for its support for the event, and the cooperation of all ministries and state departments to ensure its success.

Shaikh Abdulla expressed hope that BIAS 2022 will achieve outstanding results, through promoting the kingdom as an international investment destination, revitalising the national economy and contributing to creating new job opportunities for the new generation.

Shaikh Abdulla bin Hamad requested the Minister of Transportation and Telecommunications and Deputy Chairman of the BIAS Supreme Organising Committee, Kamal bin Ahmed Mohammed, to sign the agreement of the organisation of BIAS 2022 and 2024 with the UK-based Farnborough International.

The minister said that he is looking forward for more fruitful cooperation with Farnborough International through organising the three-day airshow in 2022, noting that BIAS 2022 is expected to witness massive participation.

On the sidelines of his participation in the Defence and Security Equipment International (DSEI 2021), the minister held many meetings with the official delegations of brotherly and friendly countries, as well as heads of companies, and discussed with them the latest developments of the defence and aviation industry, in addition to the ongoing preparations to hold the BIAS 2022.

The minister also held meetings with the Saudi General Authority for Military Industries (GAMI), the British Department for International Trade (DIT-UK) and several other companies participating in DSEI 2021.