First flight of pilgrims arrives in Jeddah from Riyadh 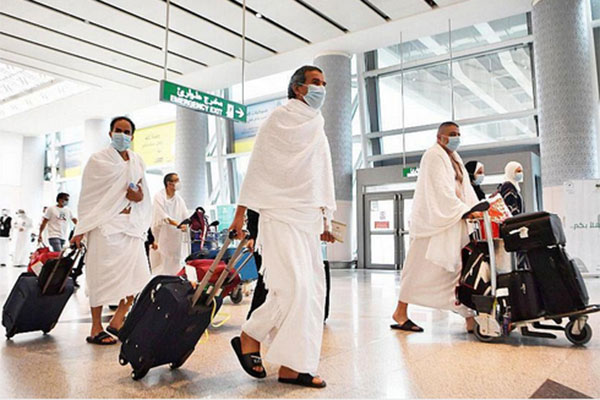 The first flight of the pilgrims from inside the Kingdom of Saudi Arabia arrived at King Abdulaziz International Airport in Jeddah yesterday (July 17), coming from Riyadh.

The flight has 258 pilgrims on board, who were received by Undersecretary of the Ministry of Hajj and Umrah for Affairs of Umrah Performers and Pilgrims Hisham bin Abdulmoneim Saeed, Director of King Abdulaziz International Airport Essam bin Fouad Nour, and a number of government sector officials working at the airport, reported Saudi Press Agency (SPA).

The pilgrims expressed their happiness for being among the performers of Hajj this year, hailing the attention, care and facilities provided during the registration for the issuance of Hajj permits, health and preventive measures and the concerted efforts of the participating sectors.