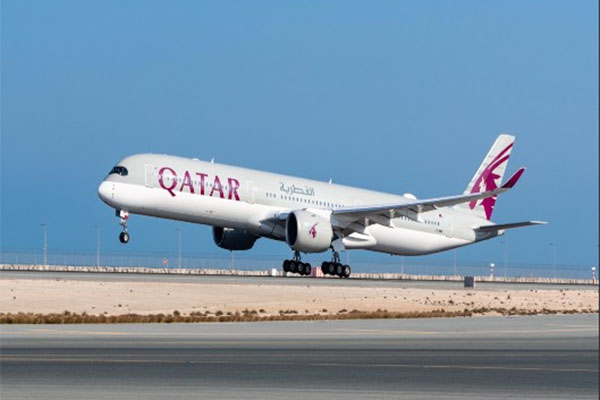 Qatar Airways has resumed flights to Riyadh (Saudi Arabia) and will operate a daily service on wide-body aircraft, including the Airbus A350, Boeing 777-300 and Boeing 787-8, the airline said on its website.

Passengers from KSA can once again enjoy the award-winning Qsuite, featuring sliding privacy doors and the option to use a ‘Do Not Disturb (DND)’ indicator. The Qsuite seat layout is a 1-2-1 configuration, providing passengers with one of the most spacious, fully private, comfortable, and socially distanced products in the sky.

The national carrier of Qatar continues to rebuild its network, which currently stands at over 110 destinations with plans to increase to over 125 by the end of March 2021, it said.