JetBlue to host IATA’s next AGM in Boston 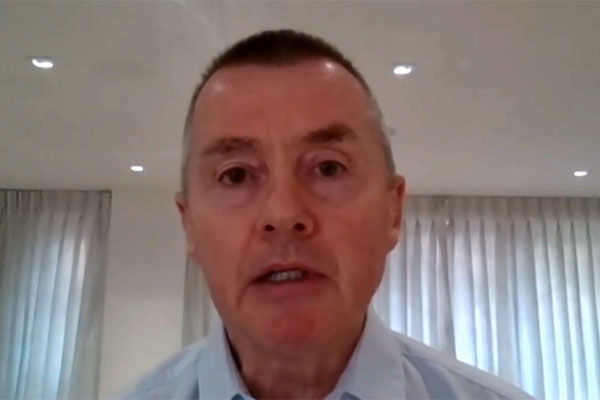 The International Air Transport Association (IATA) has announced that JetBlue Airways will host the 77th IATA Annual General Meeting and World Air Transport Summit in Boston in the US state of Massachusetts, on 27-29 June 2021.

This will be the sixth time the preeminent global gathering of aviation’s leaders has taken place in the US and the first time it comes to Boston.

“Boston is an exciting choice for the 77th IATA AGM. With its rich history, attractive setting and prestigious universities, it is a popular global tourism destination. As the world reopens, Boston will be a bellwether city to observe the shape of the recovery,” said Alexandre de Juniac, IATA’s Director General and CEO.

“JetBlue and our crewmembers look forward to welcoming the leaders of the world aviation community to Boston, one of our key focus cities,” said Robin Hayes, Chief Executive Officer of JetBlue Airways and incoming Chairman of the IATA Board of Governors.

The decision to host the 77th IATA Annual General Meeting in Boston was made at the conclusion of the 76th AGM, which was held virtually with KLM Royal Dutch Airlines as the host airline.

•    Robin Hayes, CEO of JetBlue is now the Chair of the IATA Board of Governors (BoG), succeeding Carsten Spohr, Chair IATA BoG (2019-2020) and CEO of Lufthansa. Hayes will serve a term commencing immediately and ending at the conclusion of the Association’s 78th Annual General Meeting to be held in 2022.  Hayes will serve an extended term as Chair covering two AGMs due the disruption to governance cycles necessitated by the COVID-19 crisis.

•    Willie Walsh, former CEO of International Airlines Group (IAG) will become IATA’s 8th Director General from 1 April 2021. He will succeed Alexandre de Juniac, who has led IATA since 2016 and who will step down from IATA at the end of March 2021.

“I am pleased to be ending my term as Chair of the IATA BoG with strong leadership in place to see IATA through the crisis and lead the industry towards recovery. I thank all the members of the BoG and Alexandre for their support over the 18 months that I have served as BoG Chair—particularly during the crisis period. That support enabled extraordinary efforts by IATA during the crisis,” said Spohr.

“Those efforts have made our association even more relevant. With today’s leadership announcements we can be assured that IATA remains in good hands. Robin will be a strong leader for the BoG. I am confident that Alexandre will continue to be an authoritative voice for the industry as he completes his term as Director General and CEO. And Willie will take up the mantle from April with the fierce leadership determination for which he is well-known.”

Hayes was named president of JetBlue in 2014 and appointed CEO in 2015, a position that also encompasses subsidiaries JetBlue Technology Ventures and JetBlue Travel Products. He joined JetBlue in 2008 as Executive Vice President and Chief Commercial Officer after a 19-year career with British Airways.

“These next months will be critical. There is much work to be done to re-open borders with testing. And we are making preparations for the eventual global distribution of vaccines. I look forward to working with Robin to move as far as we can on these and other critical IATA projects before handing over to Willie during March. In the meantime, I congratulate Willie on his appointment, and I thank Carsten and the other Board members for their support during my time at IATA,” said de Juniac.

“Many of IATA’s services are essential for airlines to do business, including the settlement systems which in normal times handle about half the industry’s revenue—over $400 billion a year. And IATA’s industry standards are essential for safe and efficient global operations. The job of IATA Director General comes with great responsibility for an industry that is critical to the economic and social wellbeing of the world. I look forward to continuing the transformation started by Alexandre, making IATA an even more effective association that meets the needs of its members and exceeds their expectations,” said Walsh.

Walsh is an airline industry veteran. He has served as CEO of International Airlines Group (IAG) from its creation under his leadership in 2011 until 2020, CEO of British Airways as CEO (2005-2011) and CEO of Aer Lingus (2001-2005) after a career at that airline and its associated companies which began as a pilot cadet in 1979. Walsh is very familiar with IATA having served on its Board of Governors for almost 13 years between 2005 to 2018, including as Chair (2016-2017). – TradeArabia News Service