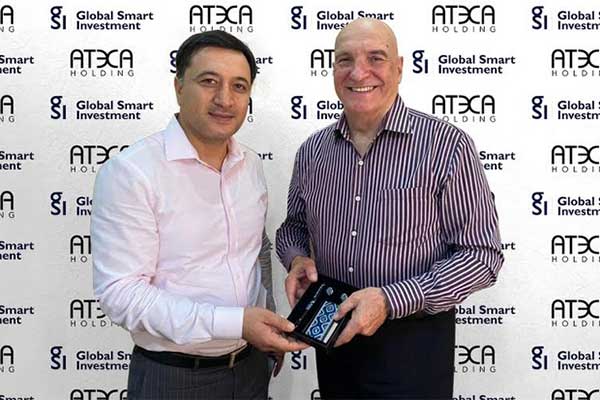 Ateca Hotels, developed by UAE hotel experts, has signed an agreement with Tashkent-based Global Smart Investments (GSI) to manage the group’s first property in Uzbekistan under the Ateca 24/7 Hotels brand.

Construction for the stunning 98-room hotel, located in the prime BuyukIpak Yuli street, is expected to begin once the borders open for international travel after COVID-19.

Usmonov Kakhramon, Founder of GSI, stated: “We believe the hospitality sector in Uzbekistan can greatly benefit from international hotel experts like Mr. Michel Noblet who have been based in the United Arab Emirates for over two decades and is now engaged in exchange of knowledge and best practices between the two countries.

“We are thrilled to be the first to bring this enormous hospitality experience to Uzbekistan with an innovative ‘Hotel in a Box’ concept especially customised for the region and tailored around the market needs.”

Ateca 24/7 Hotel Tashkent will be an affordable lifestyle hotel offering spontaneity and fun with vibrant social spaces to engage guests. Inspired by the brand’s motto, ‘Just so cool’, the hotel’s captivating urban aesthetic will be reflective of the modern look of Tashkent, a company statement said.

Michel Noblet, Executive Chairman of Ateca Holding, said: “Over the past five decades, we have had a remarkable journey in the tourism and hospitality industry – a journey that has led us to new frontiers and discoveries. Following our latest move to the heart of the Silk Route, we are driven by the purpose of developing and opening new opportunities for the tourism and hospitality sector in Uzbekistan.”

“At this pivotal moment when Uzbekistan is positioning itself on the global tourism map we are excited to unveil the Ateca 24/7 Hotel brand in the country and are proud to be associated with a reputable partner like GSI to contribute to the development and growth of the hospitality industry in Uzbekistan. Our plans fit perfectly with the nation’s tourism vision and this strategic signing cements our position in the country while reflecting our long-term commitment here,” he added.

Karimov Kamoladdin, Chief Executive Officer and General Manager for Ateca Holding, said: “Tourism is emerging as a key pillar of Uzbekistan’s economy with the republic dedicated to the development and diversification of its hotel industry. Ateca 24/7 Hotel Tashkent is being developed to be a hot spot in the city for both international travellers and locals alike. Its cosmopolitan design, multiple restaurants and outstanding leisure facilities including a health club, swimming pool and spa will combine to make it a popular entertainment and recreation destination.”

The enormous tourism potential and the visionary concept of development of the tourism sector of Uzbekistan (2019-2025 - created by Decree of the President of the Republic of Uzbekistan - January 5, 2019) makes Uzbekistan as one of the most attractive markets for global hospitality and travel brands. The goal is to increase the share of tourism in the country's gross domestic product to 5 percent (from 3.4% in 2018) as well as attract more than 9 million tourists by the end of 2025 (from 6,748,500 in 2019). – TradeArabia News Service