Lufthansa says 50pc of its fleet back in the air 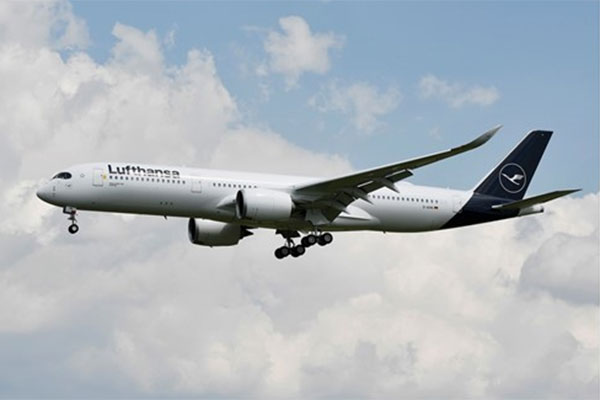 More than 380 aircraft by the Lufthansa Group carriers will be used in the upcoming month covering 40 percent of the group’s schedule, indicating that half of its fleet is in the air again, 200 aircraft more than in June.

The group recently implemented its new summer timetable in the booking systems and booking are valid until October 24, the end of the normal summer season, a company statement said.

"Little by little, the borders open again. Demand is increasing, in the short term but also in the long term. We are therefore consistently expanding our flight schedule and our global network and pushing ahead with our restart. I am pleased that we can now offer our guests even more connections to all parts of the world with all Lufthansa Group Airlines via all hubs," said Harry Hohmeister, Member of the Executive Board of Deutsche Lufthansa AG.

Following the successful restart, the ramp-up of Austrian Airlines flight operations continues to proceed according to plan. From July onwards, Austria's home carrier will fly to over 50 destinations.

Eurowings is also significantly increasing its flight schedules for both business and leisure travellers, intending to return to 80 percent of its network during the course of the summer. Following the lifting of the travel warnings and restrictions, interest in holiday destinations such as Italy, Spain, Greece and Croatia in particular is growing rapidly. This is why Eurowings will be flying 30 to 40 percent of its flight capacity in July.

Brussels Airlines expands its offer for both leisure travellers and corporate guests. In September and October the carrier plans to operate 45 percent of its originally planned schedule. – TradeArabia News Service