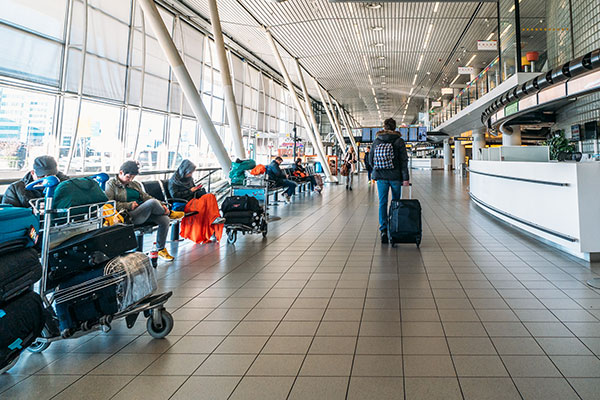 The world’s tourism sector could lose at least $1.2 trillion, or 1.5 per cent of the global gross domestic product (GDP), having been placed at a standstill for nearly four months due to the coronavirus pandemic, UNCTAD said in a new report.

The UN’s trade and development body warned that the loss could rise to $2.2 trillion or 2.8 per cent of the world’s GDP if the break in international tourism lasts for eight months, in line with the expected decline in tourism as projected by the UN World Tourism Organization (UNWTO).

UNCTAD estimates losses in the most pessimistic scenario, a 12-month break in international tourism, at $3.3 trillion or 4.2 per cent of global GDP.

Tourism is a backbone of many countries’ economies and a lifeline for millions of people around the world, having more than tripled in value from $490 billion to $1.6 trillion in the last 20 years, according to UNWTO. But Covid-19 has brought it to a halt, causing severe economic consequences globally.

Prevailing lockdown measures in some countries, travel restrictions, reductions in consumers’ disposable income and low confidence levels could significantly slow down the sector’s recovery. Even as tourism slowly restarts in an increasing number of countries, it remains at a standstill in many nations.

“These numbers are a clear reminder of something we often seem to forget: the economic importance of the sector and its role as a lifeline for millions of people all around the world,” said UNCTAD's director of international trade, Pamela Coke-Hamilton.

“For many countries, like the small island developing states, a collapse in tourism means a collapse in their development prospects. This is not something we can afford,” she added.

Developing countries could suffer the steepest GDP losses. Jamaica and Thailand stand out, losing 11 per cent and 9 per cent of GDP respectively in the most optimistic scenario of UNCTAD’s estimates. Other tourism hotspots such as Kenya, Egypt and Malaysia could lose over 3 per cent of their GDP.

But the tourism sector in many rich nations will also feel the squeeze. Popular European and North American destinations, including France, Greece, Italy, Portugal, Spain and the United States could lose billions of dollars due to the dramatic drop in international tourism, according to UNCTAD forecasts.

Impact on other sectors, jobs and wages

Travel and tourism account for a significant share of global GDP and more than half of many countries’ national income.

Coronavirus-induced losses in tourism have a knock-on effect on other economic sectors that supply the goods and services travellers seek while on vacation, such as food, beverages and entertainment.

UNCTAD therefore estimates that for every $1 million lost in international tourism revenue, a country’s national income could decline by $2 million to $3 million.

The massive fall in tourist arrivals has also left a growing number of skilled and unskilled workers unemployed or with less income.

UNCTAD estimates show that in the worst-affected countries, such as Thailand, Jamaica and Croatia, employment for unskilled workers could decrease at double-digit rates even in the most moderate scenario.

In the case of wages for skilled workers, the steepest drops could be seen in Thailand (-12 per cent), Jamaica (-11 per cent) and Croatia (-9 per cent), in the optimistic case, doubling or tripling in the worst scenario.

The effects could be particularly negative for women, who are expected to be disproportionately affected by layoffs in tourism due to Covid-19, according to the report.

Women are more likely than men to be entrepreneurs in tourism and make up about 54 per cent of the workers in the accommodation and food services sectors.

And because many women in the sector work informally in low-skilled jobs, they are less likely to have unemployment benefits or other safety nets.

“This is why women are particularly hard hit in this crisis. And this is why policies that help protect the sector also protect the economic empowerment that many of these women have long fought for,” Ms. Coke-Hamilton said.

UNCTAD calls for strengthened social protection in the affected nations to prevent the worst economic hardship for people and communities that depend on tourism.

It urges governments to protect workers. Where some enterprises are unlikely to recover, wage subsidies should be designed to help workers move to new industries.

Governments should also assist tourism enterprises facing the risk of bankruptcy, such as hotels and airlines. One approach for financial relief is low-interest loans or grants, the report states.

In addition, UNCTAD has called on the international community to support access to funding for the hardest-hit countries. – TradeArabia News Service