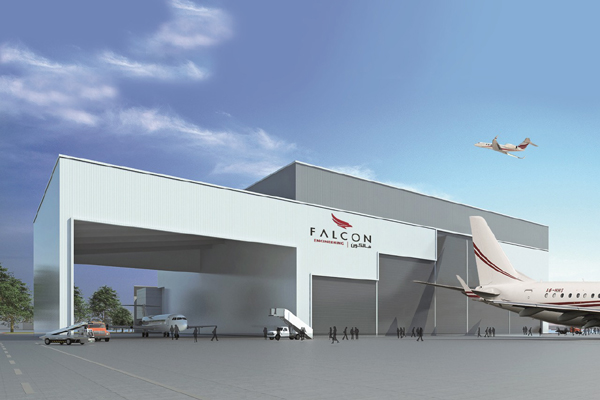 Falcon Aviation, one of the UAE’s leading business aviation services company, has been awarded D1 approval for Non-Destructive Testing (NDT) by three authorities, including the EASA.

This allows Falcon Aviation to identify latent issues in customer aircraft and attend to them to the highest safety degree.

The approval means Falcon Aviation joins a small group of operators in the region capable of providing NDT testing and opens up a new line of support to clients that was previously closed. Now, with three D1- approved NDT technicians based at Falcon Aviation’s facilities, aircraft owners in the region no longer need to fly testing experts in for essential checks.

The accreditation adds another notch in Falcon Aviation’s belt in terms of market reach, adding to their existing list of approvals from aviation authorities in Aruba, San Marino, and the Cayman Islands.

“The approval of our Non-Destructive testing workshop by the GCAA, EASA, and GACA authorities is a cornerstone in our continued expansion plan,” said Captain Raman Oberoi, Falcon Aviation COO.

Falcon Aviation’s fully-trained NDT technicians are authorised as per the European EN4179 Standard. This allows technicians to be fully aware of the continual flying programs within the Middle East and allows maximum service coverage. To maintain flow and clarity of work, Falcon Aviation have one dedicated point of contact for all NDT requirements, available around the clock, seven days a week.

The move comes just in time for Falcon Aviation’s participation in the MRO Middle East show, where Falcon Aviation plans to show the public their capability in the NDT scope following their recent approval.

Falcon Aviation already has an impressive portfolio of MRO facilities around the UAE. The launch of their latest MRO facility servicing business and commercial jets in Dubai South, DWC Al Maktoum International Airport, further cements Falcon Aviation’s presence in the MRO space. In addition, the Al Bateen MRO facility is currently undergoing expansion work to become the leading centre for third party regional aircraft MRO, supporting planes such as the Bombardier Q400 with other aircraft being added to the list in the future. - TradeArabia News Service