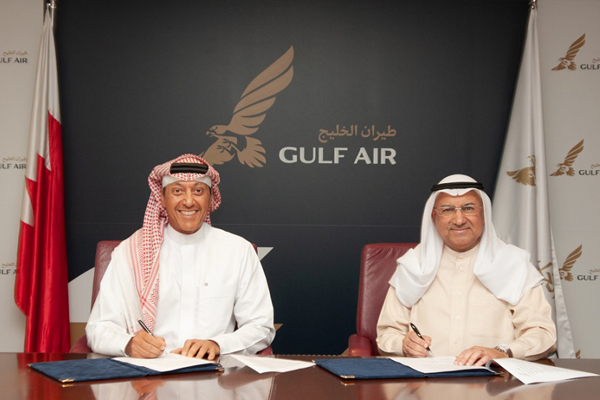 Gulf Air, the national carrier of Bahrain, has announced its collaboration with and sponsorship of the upcoming Bahrain Film Festival as the Official Carrier of the first edition of the festival, which takes place in March.

The event is being organised by the Bahrain Cinema Club and will run from March 4 to 8.

The sponsorship is part of the airline’s strategy to support various activities that are aimed at enhancing the cultural, artistic and tourism scene in Bahrain

During the signing ceremony, which took place at the airline’s headquarters, Gulf Air’s deputy chief executive officer Captain Waleed Al Alawi said: “Gulf Air has a track record in supporting such events over the years. We will transport festival guests to participate in this promising festival which is part of the esteemed Spring of Culture calendar of events. Bahrain is well known for its efforts to enrich the cultural movement and enhance its position as a cultural hub in the region."

For his part, the president of the Bahrain Cinema Club, Nader Al Maskati, appreciated the support provided by Gulf Air, stressing the importance of this partnership to achieve the desired goals of the first Bahrain Film Festival.

He said: “We praise Gulf Air’s efforts as the national carrier in supporting local events aimed at promoting art and culture as well as positioning Bahrain on the global map of art and culture."

The Bahrain Film Festival aims to present a cultural cinematic event that will add to the cultural movement in Bahrain. The festival will support young talents in Bahrain and the Arab region by discovering and encouraging content creators and film enthusiasts. - TradeArabia News Service