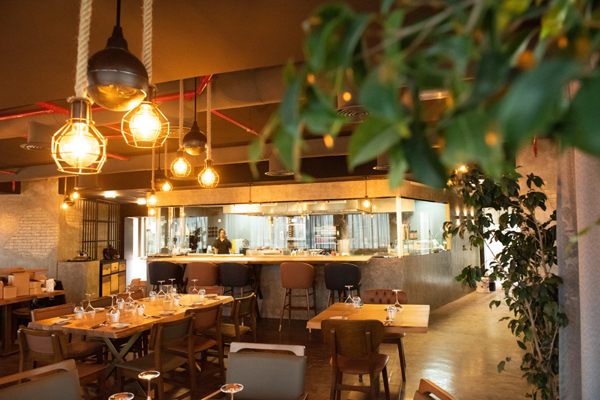 The Gulf Hotel Bahrain Convention & Spa has announced the opening of a new restaurant concept, Fusions by Tala.

Located on the top floor of the south wing building, Fusions by Tala will house The Gulf Hotel's first rooftop terrace, granting impressive views of the Manama skyline. The stunning backdrop will only be surpassed by the unforgettable cuisine and signature cocktails crafted by Bahrain’s own, Chef Tala Bashmi.

Fusions By Tala is leading the culinary renaissance of Middle Eastern cuisine by modernising traditional Bahraini dishes and presenting them in inspirational ways. Through this new restaurant concept, chef Bashmi is delving into her heritage, weaving the delicate strands of family, ancestry, culture and memory with the flavours of Bahraini cuisine and fine dining. From this, she creates dishes to remind people of Bahrain’s rich and vibrant heritage, giving guests a portal into the past and the future of Bahrain.

Chef Bashmi began her culinary career at The Gulf Hotel as part of the prestigious management training program and went on to complete her Masters in International Business in Culinary Management at the Culinary Arts Academy, Cesar Ritz in Lucerne, Switzerland. While many venture out for inspiration, Bashmi’s key motivation is in conceptualising local culinary techniques and ingredients, which she believes are underestimated, and creating new and unorthodox tasteful combinations.

She is currently a contestant on Season Four of Top Chef Middle East and has a number of accolades including being a bronze medal winner in the Dubai World Hospitality Championship as a member of the Bahrain national team in 2014, also a runner-up in the “Chopped” Bahrain competition judged by celebrity chef Wolfgang Puck in 2015, and runner up in the 2017 Delonghi Chef Competition. - TradeArabia News Service