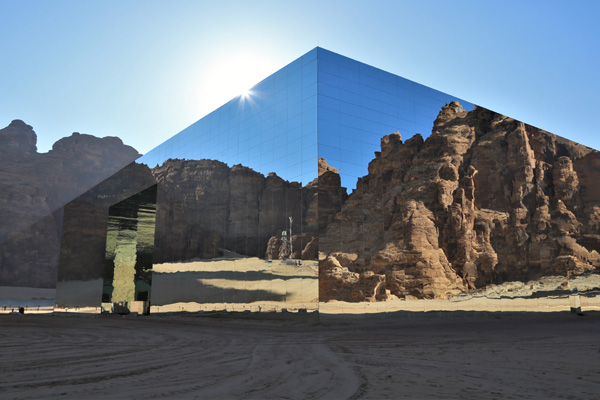 Saudi officials have unveiled elaborate plans to develop AlUla, which is home to the kingdom’s first global heritage site, into the ‘world’s largest living museum’ over the next 15 years.

Addressing the gathering at World Urban Forum 2020, Saudi Arabia's Royal Commission for AlUla (RCU) officials revealed the framework and masterplans for sustainable, responsible, long-term development of the 22,0561-sq-km county that is set to attract 2 million visitors by 2035.

AlUla is renowned for its outstanding natural beauty as well as its tremendous archaeological diversity. It is also shaping a new cultural landscape in Saudi Arabia.

Located 1,100 km from Riyadh in north-west Saudi Arabia, AlUla is a place of extraordinary natural and human heritage. The vast area includes a lush oasis valley, towering sandstone mountains and ancient cultural heritage sites dating back thousands of years to when the Lihyan and Nabataean kingdoms reigned.

The most well-known and recognised site in AlUla is Hegra, Saudi’s first Unesco World Heritage Site. In addition to Hegra, AlUla is home to a series of fascinating historical and archaeological sites such as: Ancient Dadan, the capital of the Dadan and Lihyan Kingdoms; thousands of ancient rock art sites; and Hijaz Railway stations.

A milestone in Saudi Arabia’s 2030 Vision to establish AlUla as the world’s largest living museum and a major heritage, cultural, arts and adventure tourism destination was reached this week as the AlUla framework plan was revealed at the 10th UN World Urban Forum.

Visitors experienced AlUla and its masterplans through a series of interactive displays designed to transport them to north-west Saudi Arabia, which contains Hegra, and more than 7,000 years of archaeological remains from successive civilisations.

This month AlUla hosted the first Hegra Conference of Nobel Laureates and DesertX AlUla, the first site-responsive outdoor art installation featuring the work of both Saudi and international artists.

RCU chief executive Amr Al Madani said: "We chose the World Urban Forum as a credible global platform to engage with the world’s leading developers and sustainability experts and share our plans for the long-term, responsible development of AlUla as world’s largest living museum."

"By combining heritage with nature, we are transforming the cultural landscape of AlUla and establishing the county as a global tourism destination with a thriving economy and local community," he stated.

Calling upon global experts to join the RCU on this ambitious journey, Al Madani said: "We see a clear road ahead as we attract investment and continue to protect, preserve, share and celebrate our heritage and nature with the world. This means we learn and innovate together."

“Not only have we opened our doors to travellers benefiting from Saudi Arabia’s new tourist visas, we’ve also delivered the infrastructure that is central to growth," he added.

Al Madani said the kingdom had launched a new airport with potential to become a transport and logistic hub for north-west Saudi Arabia, as well as Maraya, a new 500-seat theatre and home for entertainment, business and celebratory gatherings "which is also the largest mirrored structure in the world."

According to him, Saudi Arabia has set an ambitious target to host two million visitors a year in AlUla by 2035.

The RCU estimates the project will create more than 67,000 new jobs - almost half of them in the tourism sector, he added.

Francesca Arici, the RCU’s acting chief county zoning and planning officer, is responsible for coordinating development of the masterplans and briefing multiple organisations and agencies at the Forum on the Commission’s future strategy.

"We are moving at pace but ensuring we embrace the needs and demands of the local community as we work together for a common goal," remarked Arici.

"A number of major infrastructure plans have already been realised and it is anticipated that we will introduce new building permits and design guidelines to AlUla as early as March, boosting local economic growth and prosperity," she noted.

According to her, AlUla’s existing community is at the heart of the masterplan.

"The RCU has already engaged world-class hospitality training for residents to create teams of Rowah (tour guides), wildlife rangers and Hammayah (heritage guardians). AlUla high school graduates have been awarded sponsorships to study at top-class international universities, in France, the UK, US and Australia, unleashing their talent to execute and build upon the vision of the Masterplan," she explained.

The master-planning process is built on the RCU’s framework policy contained within its Charter and 12 guiding principles. These cover the full spectrum of development policy from safeguarding the natural and cultural landscape while developing AlUla as a global heritage, arts and culture destination to protecting ecosystems and wildlife; building balanced agriculture and ensuring responsible tourism, stated Arici.

Around 80 per cent of AlUla County will be protected, including cultural and natural heritage sites, where the RCU will work hand in hand with the local community to ensure the sensitive protection preservation and development, she added.-TradeArabia News Service