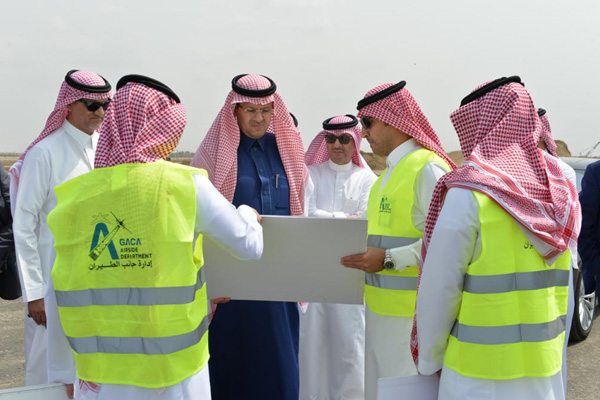 Saudi General Authority of Civil Aviation (GACA) has announced that work related to airport developments in the kingdom is moving at a steady pace.

These include the approval of designs for the new Abha airport and the expansion of Hafar Al Batin airport besides the signing of a contract for the new Al Baha airport, stated GACA President Abdulhadi Al Mansouri.

The new Al Baha airport is expected to have the capacity to handle one million passengers a year. It will have a 23,368-sq-m terminal with 17 check-in counters, eight boarding gates and four air bridges.

Earlier, Al Mansouri had visited Prince Mohammed bin Nasser bin Abdulaziz, the Emir of Jizan Region, and briefed him on the various stages of work at the new airport in the presence of his deputy.

Al Mansouri said the project was moving at a steady pace with the work on Phase One, including the runway and aircraft parking bay, nearing completion. -TradeArabia News Service