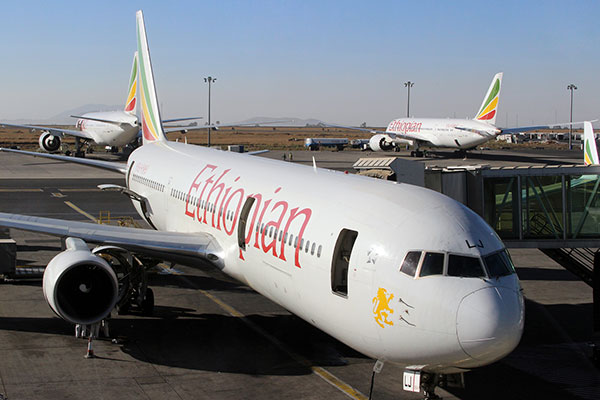 Ethiopian Airlines, the national flag carrier, has set out to build a new massive airport this year with an outlay of $5 billion in its quest to become Africa’s gateway into the world, its chief executive officer was quoted as saying in a media report.

The new airport, which is located around the town of Bishoftu, South East of the capital Addis Ababa spans 35 sq km of land and is reportedly the biggest airport in Africa, reported state-run Ethiopian News Agency (ENA).

In an exclusive interview with ENA, Ethiopian Airlines Group CEO Tewolde Gebremariam said that Ethiopian has completed its vision 2025 seven years ahead of time.

He noted that it was a remarkable progress especially during the very challenging operating environment that it has passed in the last 10 years where many airlines have terminated.

“We have not only survived but also we have grown. So all the targets that we have planned for vision 2025 are completed by 2018,” he added. “We came up with new vision 2035 which is predominantly scaling up the growth and more fleet, passengers, destinations and particularly a new airport.”

The existing Bole International airport in Addis Ababa is one of the busiest airports in Africa nearly filled to its capacity though expansion undergone, the CEO said.

Gebremariam pointed out that a new airport is needed to take the pressure off the overcrowded with increasing amount of business travellers.

“Because Bole Airport is not going to accommodate us; we have beautiful expansion project, the airport looks very beautiful and very large but with the growth that we are going every year in about 3 or 4 years we are going to be full. So we have started now a new project around Bishoftu a place called Absera.”

Upon completion the new international airport has an annual passenger handling capacity of 100 million with grand duty free shopping malls, hotels, logistics and training centres, will be an airport city.

“We have identified 35 sq km land to be developed as an airport and it is about $5 billion project, larger than the Grand Ethiopian Renaissance Dam (GERD). And it is going to accommodate 100 million passengers; larger than Dubai and more or less equal to the new Istanbul airport,” he explained.

The over seven decades old Ethiopian, which is Africa’s largest airlines, was able to earn $4 billion in 2019 from transporting 12 million passengers and 432,000 tons of freighters.