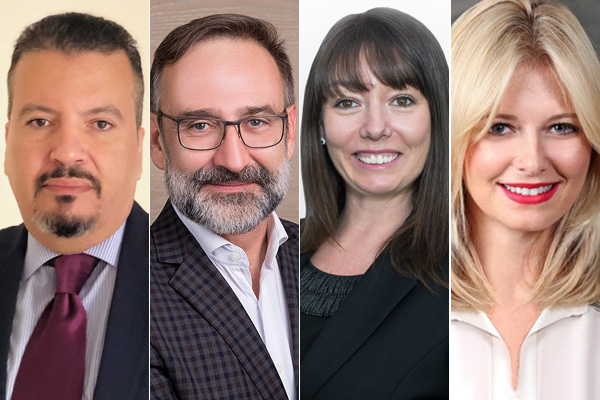 Minor Hotels has announced a series of senior appointments in its Middle East Regional Office.

Rachid Benwahmane: Group Director of Finance – Middle East & North Africa
Benwahmane joined the Minor Hotels regional team in the Middle East in July last year, bringing a wealth of experience managing multiple properties and brands in various countries across the Middle East and Africa, as well as having worked on the owner’s side and in asset management. Benwahmane joined the company from Meraas where he held the position of group finance director in the Hospitality Division.

An experienced financier, Benwahmane has hospitality focused project management and strategic business skills in both resorts and luxury hotels, spanning two decades working in Europe and the Middle East. This includes almost a decade working for Marriott International where his career began, and other companies including Barcelo and Accor.

In 2011, Benwahmane assumed the position of area director of finance for Morocco, Tunisia & Central Africa for Starwood Hotels & Resorts and then, following a short stint in Doha, he took on the role of regional director of Finance Middle East & Africa with Millennium & Copthorne Hotels and moved to Dubai, where he has been based since.

Stefan Geyser: group director People and Culture – Middle East & Africa
Geyser joins Minor Hotels this month from his most recent position as area director of Human Resources, Gulf, Levant & Pakistan, for Marriott International. Geyser has worked in the region since early 2011, when he joined the Westin & Le Meridien Mina Seyahi Resort in Dubai as complex director of HR, before being promoted to the regional position with Marriott International in 2016.

Prior to working in the Middle East, Geyser held two director of HR positions since 1999, both at Starwood properties, at Turnberry Resort in Scotland and in his native South Africa at the Sheraton Pretoria Hotel & Westin Grand Hotel, Cape Town.

A highly experienced Human Resources professional, Geyser has particular expertise in driving change and transition throughout international markets and multi-cultural environments and he inspires confidence with both employees and management teams alike.

Nicola Buckley: regional director of revenue – Middle East & North Africa
Buckley joined Minor Hotels in October 2019 from her previous position as group director of revenue for JA Resorts, based in Dubai, where she oversaw revenue management for seven hotels in Dubai, Maldives and Seychelles. Buckley began her hospitality career in 1998 and now with over 20 years of experience in hospitality under her belt, is a proven passionate and results driven revenue director.

In 2007, Buckley assumed her first revenue manager position in London at Thistle Marble Arch. Two years later she moved to China with Guoman Hotels as area revenue and distribution manager for three hotels, in addition to one pre-opening hotel. Buckley then moved back to the UK for a short stint working as area revenue manager for IHG, before relocating to Phuket in Thailand as director of revenue for Mövenpick Hotels & Resorts, Thailand. Following her time in Phuket, Buckley moved within the company and took on her first position in the Middle East at Mövenpick Hotel Ibn Battuta Gate Hotel in Dubai where she managed the revenue and reservations department.

During the last three years in her role at JA Resorts, Buckley’s main duties included implementing a structured revenue environment from systems, reporting and meetings across the company and over-seeing revenue strategy to ensure hotels were achieving their budgets.

With 16 years of experience in marketing and communications, Fuchs has previously worked for 10 years in the region with properties such as the Radisson Blu Hotel, Dubai Deira Creek and the pre-opening team of Grand Millennium Al Wahda, Abu Dhabi. Fuchs started her career in 2004 in her home country of Croatia working for one of the most prestigious publishing companies Adria Media Zagreb on various lifestyle and fashion magazines.

This is a new position within the region, responsible for developing a detailed regional marketing and communication strategy for Minor Hotels in the Middle East. Fuchs will be leading the implementation of key elements of the strategy to deliver business results and support the regional properties in doing so. Hana will ensure that the marketing activities in the region closely align with the brand values of Minor Hotels and will work with other operational and management operatives in order to make this possible.

Buckley and Fuchs both report to David Garner, vice president sales and marketing for the Middle East, North Africa, Sri Lanka, Seychelles and Mauritius. Garner joined Minor Hotels in early 2011 as Area director sales and marketing for the Middle East, before being promoted to regional director and then vice president, with his area of responsibility also extending to the Indian Ocean. During his time working within the regional team for Minor in the Middle East, the number of hotels in the region has grown from just two Anantara resorts and two Oaks properties in the UAE, to a growing portfolio currently with 17 hotels across four brands, in addition to a strong pipeline of future openings. - TradeArabia News Service