Emirates takes off to Mexico City 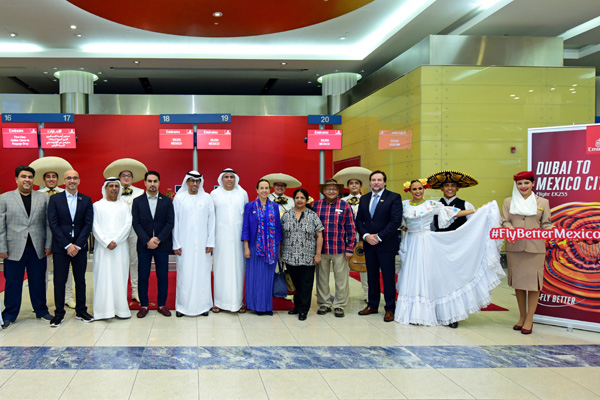 Emirates has taken off to Mexico City, marking the airline’s first passenger flight to Mexico.
Emirates flight EK255, departed at full capacity with over 300 passengers, led by a group of VIP guests and media on board, at 0330hrs local time this morning.

The aircraft utilised for this morning’s inaugural flight was Emirates’ newly refurbished two-class Boeing 777-200LR which offers 38 Business Class seats in a 2-2-2 layout, and 264 seats in Economy Class. The flight will stop in Barcelona before continuing on its journey to Mexico City. - TradeArabia News Service