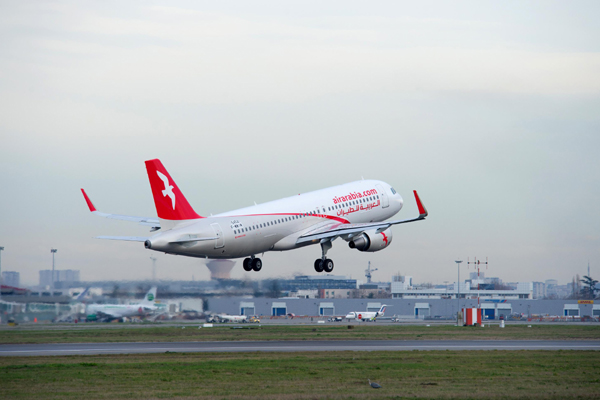 Air Arabia, the Middle East and North Africa’s first and largest low-cost carrier, has won yet another recognition this year, winning the ‘Best Low-Cost Airline’ in Middle East/Africa at the AirlineRatings.com Airline Excellence Awards.

Judged by seven editors with over 200 years of industry experience and evaluated against 12 criterial including fleet age, passenger reviews, profitability, investment rating, product offerings and staff relations, the honour further underlines Air Arabia’s credentials as the first choice for low-cost airline travel in the region.

On the recognition by AirlineRatings.com, Adel Ali, group chief executive officer of Air Arabia, said: “Being voted as the ‘Best Low-Cost Airline’ in Middle East and Africa is another testament to our focus on delivering excellent value for our customers backed by superior service standards. This recognition owes to the commitment and dedication of Air Arabia team, who are unwavering in delivering added value to our passengers.”

Air Arabia won this global recognition across all the criteria evaluated, such as fleet age, profitability and product offering, among others, we have consistently focused on setting new benchmarks.

Currently, Air Arabia operates flights to over 170 global destinations in 50 countries from four hubs in the UAE, Morocco, and Egypt. To ramp up its fleet, the airline recently placed one of the region’s largest single-aisle aircraft orders of 120 Airbus A320 Family aircraft that will drive Air Arabia’s global expansion strategy. - TradeArabia News Service