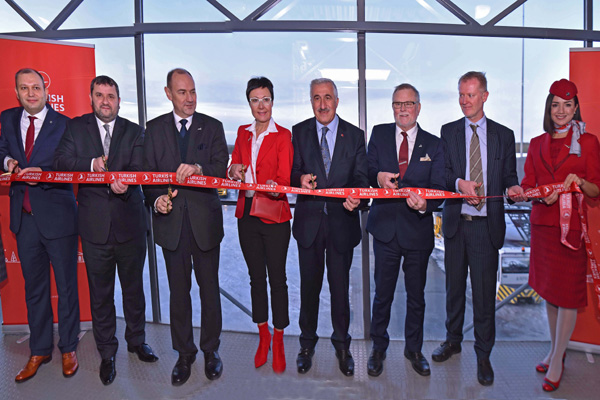 Turkish Airlines has announced the launch of flights to Rovaniemi, its second destination in Finland.

Starting on December 5, Rovaniemi flights will be operated reciprocally three times a week on Tuesdays, Thursdays and Sundays. The new route brings Turkish Airlines' total number of destinations to 317.

During the ceremony of the inaugural flight, Turkish Airlines Board Member Orhan Birdal said: “Turkish Airlines is now happy to add Rovaniemi to its flight network, the second destination of the airline in Finland after starting its flights to country’s capital city of Helsinki back in 1988. We will operate three reciprocal flights to Rovaniemi, one of the most popular winter tourism destinations due to being a premier location to witness the northern lights. As the first airline outside of European Union to have scheduled flights to this destination and the only airline to offer business class product on the flights to Rovaniemi, we invite our guests from all over the world to experience this special city via our extensive flight connectivity that covers 317 cities in 126 countries.”

Polar Lights are the result of the interaction between charged particles from Sun and magnetic field of Earth. When this natural phenomena happens in the North Pole, it is called Northern Lights. As it is located on the northern polar line, Rovaniemi is considered one of the best locations to witness the northern lights. The variety of its winter activities and its premier location to experience northern lights makes Rovaniemi one of the most popular winter tourism destinations while it offers different options to its guests from all over the world with eco-friendly glass igloos and ice hotels. - TradeArabia News Service