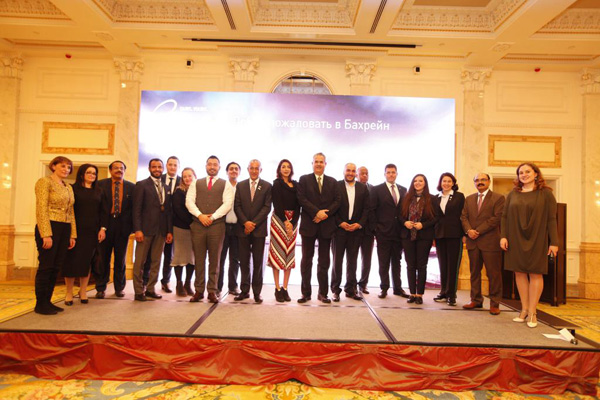 The Bahrain Tourism and Exhibitions Authority (BTEA) concluded its roadshow in Russia, which was held in Moscow and St. Petersburg between December 1 and 7.

Hosting the roadshow comes as part of the BTEA’s strategy to promote Bahrain as the ideal tourist destination to international markets.

During the roadshow, the delegation organised strategic meetings with wedding planners, representatives from travel agencies, and key media representatives in order to promote Bahrain’s unique attractions and facilities available in that cater to different interests.

“At BTEA, we regularly host roadshows in order to showcase Bahrain’s unique offerings to international markets with an aim of increasing the number of inbound visitors to the kingdom. We remain committed to working closely with our seven representative offices set up to promote Bahrain as an ideal destination for tourism and hosting weddings and celebrations, which comes as part of our efforts to further develop these vibrant sectors and increase the tourism sector’s contribution to the national economy,” said acting director of marketing and tourism promotion directorate at BTEA, Dr. Ali Follad. - TradeArabia News Service