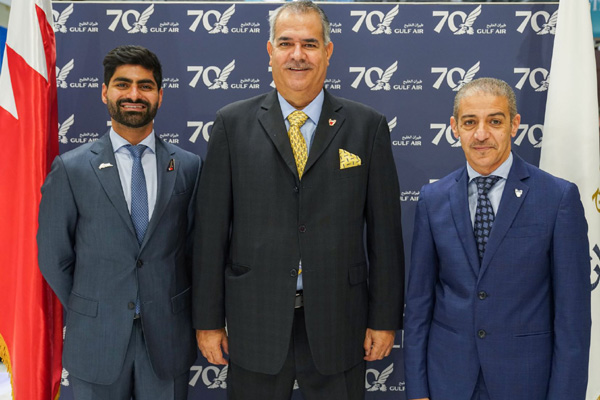 Gulf Air’s director of marketing and digital, Mohamed Adel Jamsheer, said during the announcement: “We are happy to work hand in hand with BTEA and BIC to promote the Formula 1 Gulf Air Bahrain Grand Prix 2020 as an event and Bahrain as a tourist and stopover destination. The F1 packages will offer passengers the opportunity to attend the biggest event of Bahrain’s annual calendar by flying into the kingdom from many of Gulf Air’s destinations. Our client base in Europe, Asia and the GCC will be able to choose from a wide range of packages that are differently priced to suit every budget."

Sherif El Mahdy, Bahrain International Circuit’s commercial director commented: “We are delighted to be working with our partners at Gulf Air and Bahrain Tourism and Exhibitions Authority to launch these packages for Bahrain Grand Prix 2020. The race next year will be special as we will celebrate the 70th anniversary of Formula 1 and Gulf Air and we have plans to make the event bigger and better than ever."

From Bahrain Tourism and Exhibitions Authority Dr. Ali Follad, tourism advisor and assistant director marketing & tourism promotions, said: “We are very happy to be part of the F1 packages with our partners. Bahrain Grand Prix represents the major sport tourism sector for the kingdom as it boosts hotel occupancy and number of inbound tourists to Bahrain event year. This initiative is the start of many to come in collaborations with our partners Gulf Air and Bahrain International Circuit."

Gulf Air has been the Title Sponsor of the Formula 1 Gulf Air Bahrain Grand Prix ever since it made history as the first Formula 1 Grand Prix to be held in the Middle East in 2004. - TradeArabia News Service