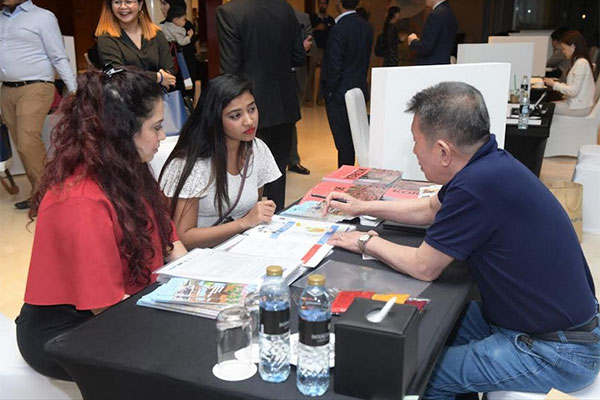 The roadshow aimed to showcase the outstanding venues, prime attractions and capabilities of Korea to host international meetings and events in six major cities including Seoul, Busan, Jeju, Incheon, Gyeonggi and Gangwon.

The event witnessed participation from major inbound suppliers, hoteliers, tourism boards, tourism ventures and government entities to strengthen the relationship with the leading DMCs in the region and boost GCC arrivals to Korea as part of the MICE marketing strategy.

Jo Deok Hyun, executive director of Korea MICE Bureau said: “We are very pleased to be here in Dubai for the first time as part of networking and relationship building in the GCC market. Korea is witnessing a growing interest from the region and we are more than ready to welcome the groups and delegates and extend full support”.

The KNTO office in Dubai had recently concluded a MICE familiarization trip to Seoul for major companies in the Gulf region to showcase the autumn season.

The country has been positioning itself internationally as a highly preferred meeting destination. According to UIA statistics 2018, South Korea was ranked in the second position for hosting 854 international meetings. Seoul was listed among the Top 3 convention cities.

“We hope we have given our partners tonight all the needed knowledge and drive to what makes Korea an extraordinary destination for business events. KNTO will continue to offer special support and programs for incentive groups coming to Korea,” said Kyoosang Kang, regional director of KNTO-Dubai. – TradeArabia News Service