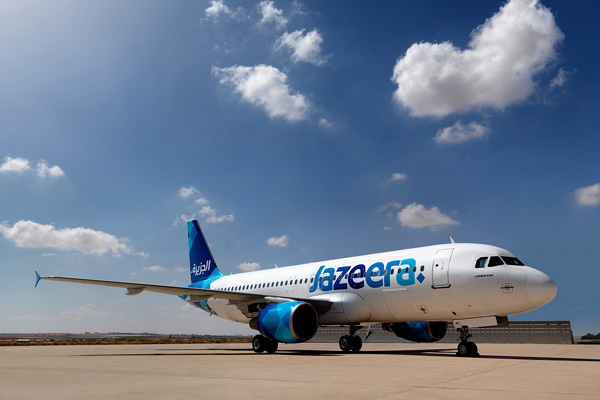 Jazeera Airways, Kuwait's leading low-cost airline, announced that it served over 250,000 passengers for the first time in a month during August.

Commenting on the airline’s performance, Jazeera Airways CEO, Rohit Ramachandran, said: “A high on-time performance is easily reached when an airline has a low utilisation of aircraft. However, at Jazeera Airways, we are proud to have delivered a strong punctuality while operating our aircraft at high efficiency levels. We have also added an additional gate at T5 to successfully manage our increased number in passengers.”

Jazeera Airways prepares to start flying to London on October 27, serving the British capital in new A320neo aircraft with daily flights. Landing at London Gatwick Airport South Terminal, bookings on the route opened on August 6 and have received great response to date.

The airline will also take delivery of three new Airbus A320neo aircraft in Q4 2019, bringing up the number of aircraft in its fleet to 13. - TradeArabia News Service