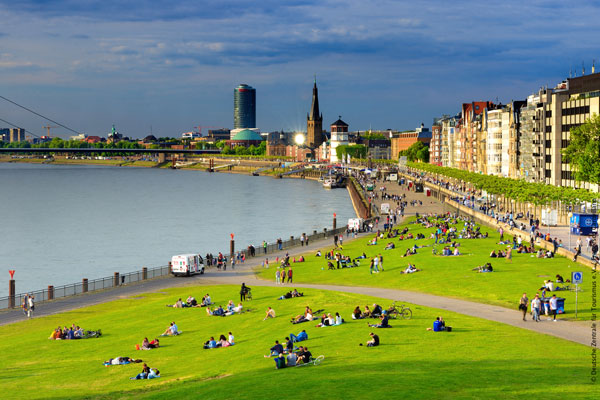 Germany continues to see a strong increase in incoming tourism, registering 39.8 million international overnights across hotels and accommodation establishments between January and June – a three per cent increase compared to the same period last year, according to provisional figures from the Federal Statistical Office.

“Destination Germany is positioning itself well within the increasingly competitive market“, said Petra Hedorfer, chief executive officer of the German National Tourist Board (GNTB). “According to the latest trend analysis by IPK International to develop international travel in line with the World Travel Monitor, Germany’s incoming tourism is performing better than the worldwide average (+3.5 per cent) with an increase of 3.7 per cent. Germany is even generating a growth of four per cent from European source markets, according to IPK, placing it well ahead of the European average (+2.5 per cent)."

There was a 4.7 per cent increase on comparative figures of the previous year in flight bookings made by overseas visitors throughout the first half of 2019, according to analyses by market research company Forward Keys. The segment of advance bookings (at least 120 days prior to departure) grew far above average by 11 per cent.

Gabriela Ahrens, senior director of Leisure Sales Home Markets (DACH) at Lufthansa Group, explained: “As our home market, Lufthansa’s focus is on Destination Germany. We have recognised the importance and potential of Germany’s incoming tourism, and are increasingly targeting the segment with various target group-orientated activities with the German National Tourist Board.”

Andreas von Puttkamer, head of Aviation at Munich Airport, added: "In the first half of 2019, Munich Airport registered a new record of 22.7 million air passengers, with an increase just short of five per cent (more than one million additional passengers). Once again, the intercontinental segment proved to be the driver of growth, seeing a rise of over 10 per cent within this period.”

According to Markus Luthe, managing director of the German Hotel Association (IHA): “Holidays in Germany are back in trend. In addition, bookings made by international guests are continuing to rise. With an increase of four per cent, the average return per room (RevPAR) is even above the European average of 3.3 per cent.”

With its “German Summer Cities” campaign, the German National Tourist Board has already been able to strengthen the popularity of Destination Germany this year.

Evelina Hederer, director of Business Development at Expedia Group Media Solutions, commented: “The demand from Germany’s Top 5 incoming markets – the US, Great Britain, Japan, Canada and Australia – increased by more than five per cent in comparison to the previous year within the first half of 2019. Berlin and Hamburg were particularly popular with steady growth throughout the first six months, as were Cologne, Düsseldorf and the Black Forest, which even registered double-digit growth.”

Early indications for the second half of 2019 suggest ongoing stable development. According to Forward Keys, the advance bookings for flights from overseas markets to Germany were 2.1 per cent above the comparative figures of the previous year at the end of July.

Hedorfer added: “These latest analyses should not let us forget that we still have major challenges such as weaker economic growth in the eurozone, climate discussions, trade conflicts and the possibility of a no-deal Brexit to overcome.” - TradeArabia News Service