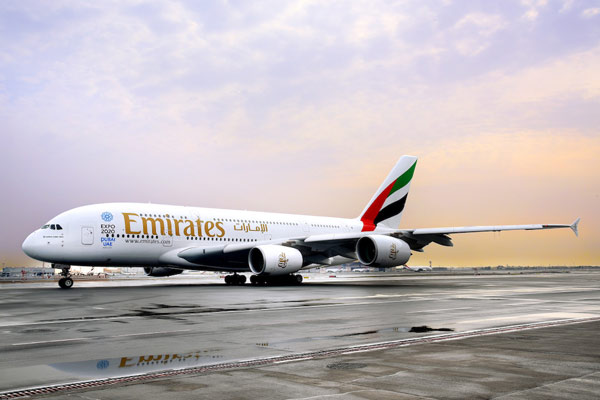 Dubai-based international airline Emirates has maintained its top ranking for the third year in YouGov BrandIndex’s annual brand health rankings for the UAE.

The airline maintains its dominant position among UAE consumers, sitting ahead of global messaging service WhatsApp, which has re-gained its spot at second this year.

The rankings are based on the Index score from YouGov BrandIndex, which measures overall brand health. The score takes into account consumers’ perception of a brand’s overall quality, value, impression, reputation, satisfaction and whether consumers would recommend the brand to others.

Samsung is placed in third and its smartphone brand- Samsung Galaxy has made a new entry in the list at 10th. The electronics giant seems to have had a better year than its rival brand- Apple. While Samsung has climbed up the list, Apple has fallen down two places to eighth this year.

YouGov’s data shows that Carrefour has made a great improvement to its brand perception among UAE consumers and has jumped ahead six places to become the fourth most popular brand in the country.
Almarai and iPhone are in the same positions as last year, at seventh and ninth, respectively. Digital brands Google and YouTube, meanwhile, had a tough year in the rankings, declining in their ranks from second and fourth in 2018 to fifth and sixth in 2019, respectively.

YouGov also revealed the brands that have made the greatest improvement to their Index score over the past 12 months. Netflix is the most improved brand of 2019, with a change in score of +9.8. The brand’s original content seems to be resonating well with UAE consumers and has helped it enhance its score from 12.0 in 2018 to 21.8 in 2019.

Despite facing a huge global controversy this year, Chinese device manufacturer- Huawei has been consistently improving its brand health and has enhanced its Index score by 8.0 points this year. KFC is another brand that has been steadily increasing its score over the years and has registered an improvement of +5.0 to its score in the past 12 months.

YouGov also released the global annual brand health rankings for 2019. The global rankings reveal that eight of the top 10 healthiest brands in the world are considered tech companies.