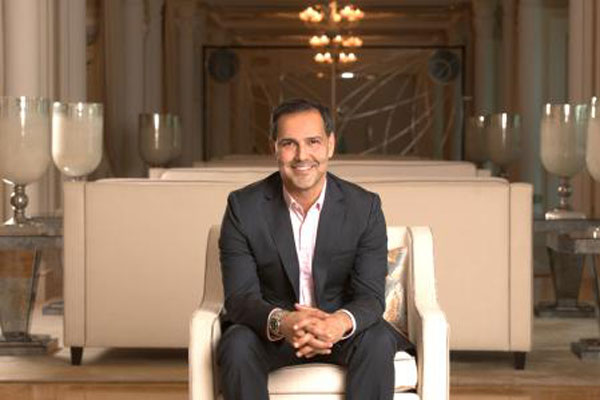 Phillips, who has worked for some of the world’s most renowned global brands, including Ritz-Carlton Hotels, Fairmont Hotels & Resorts and Universal Studios Orlando and who was named one of the ‘Top 20 Most Powerful Hoteliers,’ will be responsible for delivering the authority’s recently announced Destination Strategy 2019-2021, which aims to attract 1.5 million visitors to the emirate by 2021 and 3 million by 2025.

Phillips takes over the reins from Haitham Mattar, whose four-year tenure as CEO of RAKTDA is credited with repositioning Ras Al Khaimah to become one of the fastest growing destinations in the world and exceeding the target of one million visitors in the first three years. His Highness Sheikh Saud bin Saqr Al Qasimi, Ruler of Ras Al Khaimah, thanked Mattar for his commitment to the role and for his efforts in positioning the Emirate as one of the world’s fastest-growing tourism destinations.

“Mattar’s four years leading Ras Al Khaimah Tourism Development Authority has resulted in a tourism strategy that has grown the reputation of Ras Al Khaimah internationally and put the Emirate firmly on the world map. I would like to thank Haitham for his leadership of the authority and for presiding over a phase of tourism and hospitality development that has seen exceptional levels of growth. With his groundwork, we are very well placed to move forward to the next phase of development in our thriving tourism industry under Raki Phillips, who I welcome to his new role,” said His Highness Sheikh Saud.

RAKTDA’s first tourism strategy was launched in January 2016 and was responsible for accelerating visitor growth, increasing visitor satisfaction and raising the contribution of the tourism sector to the emirate’s GDP. The strategy introduced new tourism demand generators, including the world’s longest zip line and the Middle East’s first via ferrata, both of which helped position Ras Al Khaimah as the region’s nature-based adventure hub.