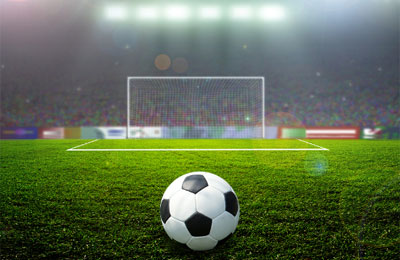 People are going football-crazy all across the Middle East and North Africa as the countdown to the Fifa World Cup finals nears its end.

June 14 will be the start of a frenzy month for soccer fans around the world, especially from the Middle East and North Africa (Mena) region, who are travelling in unprecedented numbers to see their favourite players live at the historic Russia 2018 World Cup finals, according to Dubai and Singapore-based Wego, the largest online travel marketplace in Mena.

“This year, with the unprecedented qualification of four Arab teams for the World Cup, excitement levels are higher than ever before," said Mamoun Hmedan, managing director of Wego Mena and India.

In the run up to this year’s World Cup, recent research from Wego shows that such football events have grown exponentially in interest amongst the Mena region’s residents.

“Football, in this region, is a celebrated pastime that binds people of different nationalities together. This is why, year on year, Wego has seen more Gulf travellers fly out to the host countries to watch the games live,” Hmedan said.

In the last two months alone, Wego has witnessed a 1,493 per cent jump in Russian hotel search volumes from the region, compared to the same period last year.

Meanwhile, there has been a 402 per cent spike in flight searches to major Russian cities, the new numbers show.

Most of the airfare searches from Gulf country residents were for the Russian tournament destinations of Moscow and St. Petersburg, according to Wego.

"Wego recorded a 16-fold increase in interest for World Cup-led hotel searches, a number that appears to be growing every day,” he added.

According to data gathered by Wego, Saudi Arabia, Egypt and UAE generated the maximum travel interest for World Cup 2018.

“Saudi football fans are known to be incredibly passionate about the sport. So, for them, money is no barrier when making travel bookings, especially if it means a chance to watch the World Cup directly from the stands. Travellers from Kuwait are also seen to exhibit similar tendencies,” Hmedan said.

Flights are cheapest from the UAE to Russia ($479) during the build-up to the World Cup.

Wego search analytics also revealed that the average fan from Kuwait forked out over $394 for a hotel in Russia during this period. On the other hand, travellers from Bahrain spent just $110.

The World Cup is a huge opportunity for Russia, which expects to receive about 400,000 football fans through June and July. - TradeArabia News Service