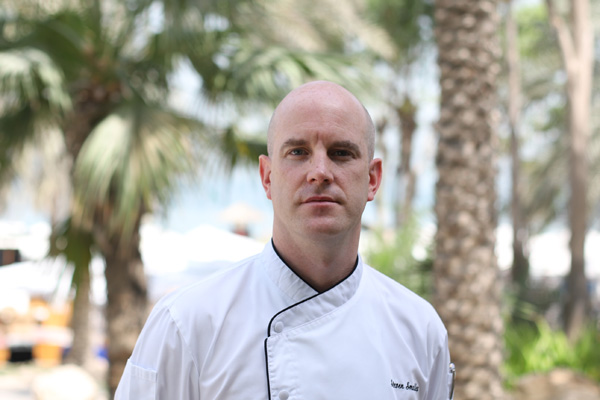 Hilton Dubai Jumeirah, a luxurious property in the UAE emirate, has appointed Steven Smalley as the new executive chef for the property.

With 19 years of experience, Smalley has built his culinary career both locally and internationally. His prowess can be credited to time working with top gastronomic destinations such as Atlantis The Palm, Madinat Jumeirah, and Damac Hospitality Management.

A sound base of theory supports Smalley’s extensive practical knowledge and impressive skill set, built through studying the intricacies of ‘Catering and Hospitality’, as well as ‘Food Preparation and Cooking’. Smalley embarked on his culinary journey from his home country of England, where he took up positions in London, Lincolnshire and Cambridge, working with the prestigious Crowne Plaza brand, followed by a series of posts in both Ireland and the Netherlands. It was after building his experience in a number of international locations, that he made his move to the Middle East.

His new position with Hilton Dubai Jumeirah will involve overseeing the daily operations of all dining venues, in-room and banquet services and stewarding operations at the resort, ensuring seamless interactions amidst all staff and the highest quality of service. Another big part of his position will be hiring and training personnel, planning menus and optimising the use of seasonal produce, overseeing product purchasing and managing the culinary budget for the resort. - TradeArabia News Service