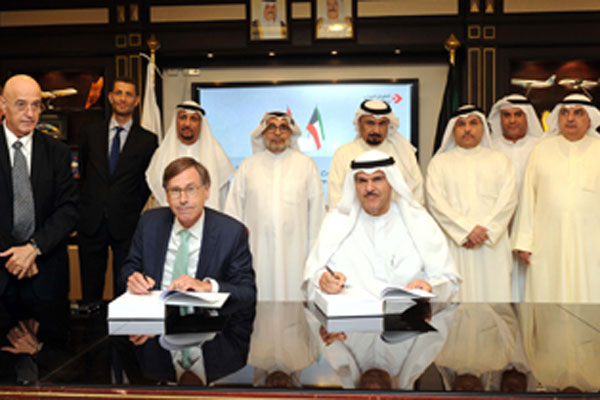 Deerns Group, a Dutch consulting leader in conceptual design, engineering and construction services, has been awarded a contract by the Kuwaiti government to implement a range of technical facilities in and around Kuwait International Airport.

This is one of the largest projects being undertaken by Deerns in its 90-year history; the total contract value amounts to €30 million ($35.3 million). It will be executed over a period of five years, said a statement from the Dutch group.

The project will be implemented in co-ordination with its local partner Al Nabhan Engineering Consultancy, it added.

Deerns said an agreement was signed by the duo along with Kuwait's Directorate General of Civil Aviation for the speedy provision of management and supervision services at the airport.

According to the Dutch consultancy, it had won the project in a competitive bidding process that started early last year.

The firm has worked in Kuwait before: Deerns provided the design of technical facilities for the airport’s new terminal building.

The work will be carried out from Deerns’ local office in Kuwait, with local expertise and logistical support from Al Nabhan, and with specialist support from Deerns offices in the Netherlands and elsewhere in Europe, said the statement from the Dutch group.

For the development of specialised communication, navigation and surveillance systems as well as meteorological systems for air traffic management, Deerns will collaborate with the Netherlands Aerospace Centre (NLR), it stated.

This new project is a great addition to Deerns’ long and extensive portfolio of airport projects, developed over decades and spanning the globe, with current projects in Europe, Africa, Asia and Latin America, it added.-TradeArabia News Service