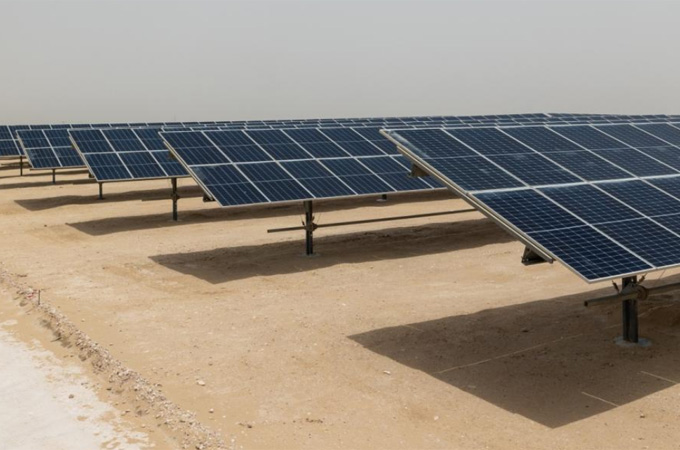 Qatar’s Supreme Committee for Delivery & Legacy (SC) said that carbon savings from the new 800 MW solar power plant will be used to offset about half the emissions generated from the country’s hosting of the Fifa World Cup.

The Al Kharsaah Solar PV Independent Power Producer Project will commit 1.8 million tons of carbon savings to Qatar 2022. The plant opened in October and will help to considerably reduce Qatar’s carbon footprint. The project covers 10km – the equivalent of 1,400 football pitches. During its first year of operation, it is expected to generate almost 2,000,000 MWh, the equivalent energy consumption of approximately 55,000 Qatari households.

A report published in 2021 estimated that Qatar 2022 would generate about 3.6 million tons of carbon emissions. Data will be collected during the tournament to update the carbon inventory report and adjust the offsetting strategy accordingly. While about 50% of the emissions will be compensated by savings from the solar power plant, the SC will source an additional 1.5m tons through carbon-offsetting projects approved by the Global Carbon Council.

The SC, in collaboration with Fifa and Q22, has prioritised climate action over the past 12 years, as detailed in the Fifa World Cup Qatar 2022™ Sustainability Strategy. Tournament organisers have committed to delivering a carbon-neutral event – helped by a comprehensive range of initiatives, including free public transport for fans and officials, no domestic flights, green building practices, extensive recycling and composting, and electric vehicles.

Yasir Al Jamal, Director General, SC, said: “Delivering a carbon-neutral Fifa World Cup is a countrywide effort. We are proud of the vast number of projects implemented to help Qatar achieve this goal, from wide-ranging green building practices, including the development of Stadium 974, the first fully-demountable stadium in Fifa World Cup history, to projects related to recycling, composting and the use of green vehicles.

“The announcement today that carbon savings generated from the Al Kharsaah solar power plant will help to offset the emissions of hosting the first Fifa World Cup in the Middle East and Arab world highlights Qatar’s commitment to environmental sustainability and setting a benchmark for future mega-event hosts.”

Qatar 2022 organisers will include all unavoidable carbon emissions in their inventory – including flights taken by fans, players, officials and media.

Bodour Al Meer, Sustainability Executive Director, SC, said: “Our carbon reduction strategy has encompassed every area of tournament preparation. Delivering the first carbon-neutral Fifa World Cup in history will be a major achievement and help to promote the environmental agenda in Qatar, the region and globally. We thank our various stakeholders for their unwavering support and commitment in achieving this goal.” – TradeArabia News Service