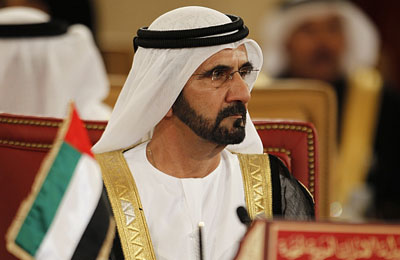 Five out of the top 15 world leaders on Twitter were from predominantly Muslim nations, said a recent research.

The Digital Policy Council (DPC), in its fourth annual ranking of world leaders’ use of the social media website Twitter report, indicated continued but decelerated growth in the number of heads of state on this medium.

In 2013, about 80 per cent or four out of five world leaders were using Twitter, an increase of eight per cent over 2012.

The most dramatic debut into the top rankings for 2013 was the rocketing ascent of Indonesian leader President Susilo Bambang Yudhoyono to the number two spot.

Yudhoyono joined Twitter in 2013, and quickly gained 4.2 million followers. As the leader of the most populous Islamic country, he shares opinions in an effort to strengthen democracy at home and throughout the region.

President Abdullah Guel of Turkey stood at number three, increasing his audience by over 1.5 million people last year to approximately 4.1 million followers. He maintains both a Turkish and English account on Twitter and sees social media supportive to democracy.

Queen Rania, the Queen Consort of the King of Jordan, ranks at number four. Her husband, King Abdullah II, is also now on Twitter represented as Jordan's Royal Hashemite Court. The couple have over three million followers across both accounts.

His followers have increased by one million to 2.4 million, an indication that his openness to different cultures and public dialog resonates with UAE citizens and residents who, Sheikh Mohammed says, "continually arise to the occasion whenever approached to contribute to innovative ideas."

Coming in at number 12, Prime Minister Najib Abdul Razak of Malaysia has been tweeting since 2008, amassing over 1.8 million followers. The Prime Minister is a strong proponent of social media, using it extensively to drive forward his "1Malaysia" campaign to bring the diverse cultures, religions and races of Malaysia together to stand for national unity.

The DPC is an international, non-partisan ‘think tank’ based in Washington DC, which is also the research and public advocacy arm of Digital Daya, a next-generation strategic consultancy that empowers government and corporate leaders to leverage the new media of the Internet to build influence and shape public opinion.

The data tracked by DPC for the last four years shows a 58 per cent compound annual growth rate (CAGR) in adoption of Twitter by the world's leaders.

In 2014, the DPC expects penetration on Twitter for world leaders to rekindle and reach 90 percent, with leaders ultimately realising how to employ Twitter effectively as a means of strategic communications - an insight seized by Iran's newly-elected President Hassan Rouhani, who became active on Twitter in 2013 for international relations. - TradeArabia News Service