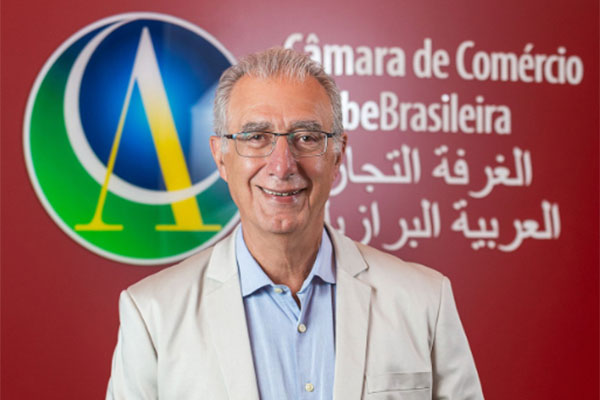 Brazil is now home to more than 11.6 million Brazilians of Arab descent with many of them still maintaining ties with the countries of origin of their ancestors decades after arriving in the country, a report said.

A landmark survey on Arab immigration to Brazil has been released by the Arab-Brazilian Chamber of Commerce (ABCC) as part of its 68th-anniversary celebration. The Chamber shared the remarkable findings of its first-of-its-kind survey with the attendees of a webinar it organized to commemorate the special occasion.

Carried out in three phases by IBOPE and H2R, leading research companies in Brazil, the survey revealed that around 33 per cent of those surveyed still communicate with their friends and relatives who are residing in Arab countries, while 28 per cent have already visited the Arab region.

However, 50 per cent of the respondents said their knowledge of the Arab world mainly comes from television and social media. The respondents also support stronger Arab-Brazilian relations, with a high 83 per cent saying that Brazil should strengthen its diplomatic ties with Arab countries through its embassies.

The survey was also conducted to examine the educational, social and professional backgrounds of Arabs who belong to the five generations of immigrants to Brazil to get insights into their integration into local society.

Rubens Hannun, President, Arab Brazilian Chamber of Commerce, said: “The results of our survey reflect how Brazilians of Arab descents are still very much connected with and interested in the Arab way of life and culture. The respondents have grown up in a modern society but are still able to retain their Arab identity by maintaining their connection with their origins. Further, it is also inspiring that the respondents answered in affirmative when asked about further fostering the Arab-Brazilian relations on all fronts, a commitment that we have been upholding since our foundation 68 years ago.”

“Releasing the findings simultaneous with our anniversary is a testament of the expanding alliance between Brazil and the Arab region and our relentless efforts to find new ways to build bridges and strengthen relations through trade and cultural exchange, to name a few. As we continue in our journey, rest assured that we will embark on new initiatives and ventures to cultivate more robust and dynamic cooperation and collaboration between Arab and Brazilian organizations,” he added.

Apart from the survey, the webinar also showed testimonial footage from people involved in the history of Arab immigration to Brazil, as well as featured key personalities with Arab backgrounds who have risen in prominence in their respective fields.

Amid the impact of the coronavirus disease on trade, the Chamber has ramped up its efforts to enhance Brazil’s relations with the Arab countries. One of these initiatives is ABCC’s once-a-week webinar organized to ensure uninterrupted business activities between Brazilian and Arab companies. – TradeArabia News Service