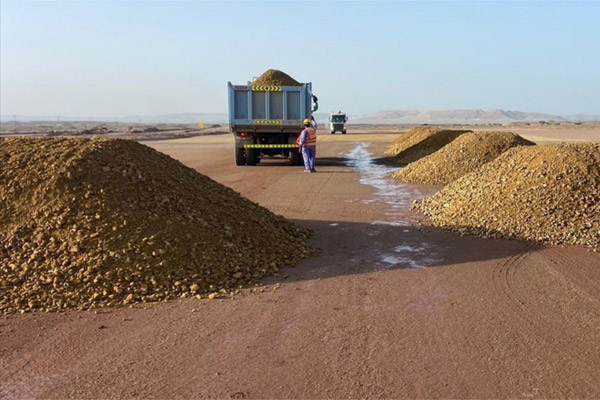 Oman’s Public Authority for Special Economic Zones and Free Zones (Opaz) has awarded the first phase of construction works of the National Road No. 32, located with the industrial zone.

The road is about 16 km long and the first phase will extend from the road in front of Duqm Refinery northwards and to the entrance of Duqm centre southwards.


Yahya bin Khamis Al-Zadjali, In Charge of managing the operations of Special Economic Zone at Duqm (Sezad), explained that the project to develop the first phase of the National Road No. 32 is an important traffic artery within the road network proposed for the comprehensive road development plan in Sezad, as it connects those coming from the north of the zone to the centre, the commercial district.  It will serve the growing movement of people and cargo between strategic projects in the zone, especially the Duqm Refinery project.

The works also include the construction of four signalized intersections, one roundabout, the installation of smart lighting poles (LED) and road signs. The road was designed with high specifications to avoid the accumulation of surface water and flooding, through the construction of 3 major concrete bridges for the wadis in (Say, Jurf, and Dangert). – TradeArabia News Service