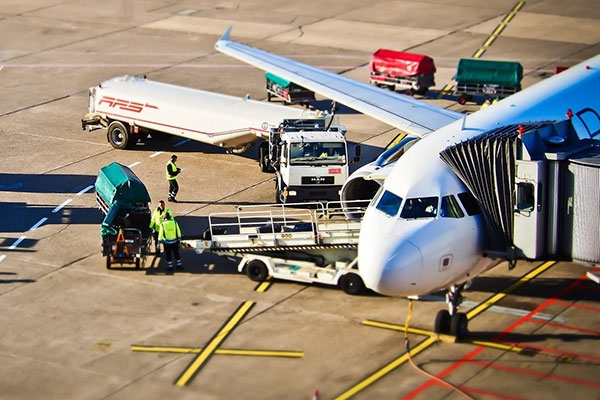 Middle Eastern carriers experienced a 9.4% rise in international cargo volumes in October 2021 versus October 2019, a significant drop in performance compared to the previous month (18.4%), said the International Air Transport Association (Iata) in a new report.

This was due to a deterioration in traffic on several key routes such as Middle East-Asia, and Middle East-North America. International capacity was down 8.6% compared to October 2019, a decrease compared to the previous month (4%).

African airlines saw international cargo volumes increase by 26.7% in October, a deterioration from the previous month (35%) but still the largest increase of all regions. International capacity was 9.4% higher than pre-crisis levels, the only region in positive territory, albeit on small volumes.

The International Air Transport Association (IATA) released October 2021 data for global air cargo markets showing that demand continued to be well above pre-crisis levels and that the capacity constraints have eased slightly.

As comparisons between 2021 and 2020 monthly results are distorted by the extraordinary impact of Covid-19, unless otherwise noted, all comparisons below are to October 2019 which followed a normal demand pattern.

Economic conditions continue to support air cargo growth but are slightly weaker than in the previous months. Several factors should be noted:

•    Supply chain disruptions and the resulting delivery delays have led to long supplier delivery times.  This typically results in manufacturers using air transport, which is quicker, to recover time lost during the production process. The global Supplier Delivery Time Purchasing Managers Index (PMI) reached an all-time low of 34.8 in October; values below 50 are favourable for air cargo.
•    Relevant components of the October PMIs (new export orders and manufacturing output) have been in a gradual slowdown since May but remain in favourable territory.
•    The inventory-to-sales ratio remains low ahead of the peak year-end retail events such as Christmas. This is positive for air cargo as manufacturers turn to air cargo to rapidly meet demand.
•    Global goods trade and industrial production remain above pre-crisis levels.
•    The cost-competitiveness of air cargo relative to that of container shipping remains favourable.

“The impact of government reactions to the Omicron variant is a concern. If it dampens travel demand, capacity issues will become more acute. After almost two years of Covid-19, governments have the experience and tools to make better data-driven decisions than the mostly knee-jerk reactions to restrict travel that we have seen to date. Restrictions will not stop the spread of Omicron. Along with urgently reversing these policy mistakes, the focus of governments should be squarely on ensuring the integrity of supply chains and increasing the distribution of vaccines.”

Asia-Pacific airlines saw their international air cargo volumes increase 7.9% in October 2021 compared to the same month in 2019. This was close to a doubling in growth compared to the previous month’s 4% expansion.

European carriers saw an 8.6% increase in international cargo volumes in October 2021 compared to the same month in 2019, an improvement compared to the previous month (5.8%).

Latin American carriers reported a decline of 6.6% in international cargo volumes in October compared to the 2019 period, which was the weakest performance of all regions, but an improvement compared to the previous month (a 17% fall). Capacity in October was down 28.3% on pre-crisis levels, a decrease from September, which was down 20.8% on the same month in 2019. – TradeArabia News Service